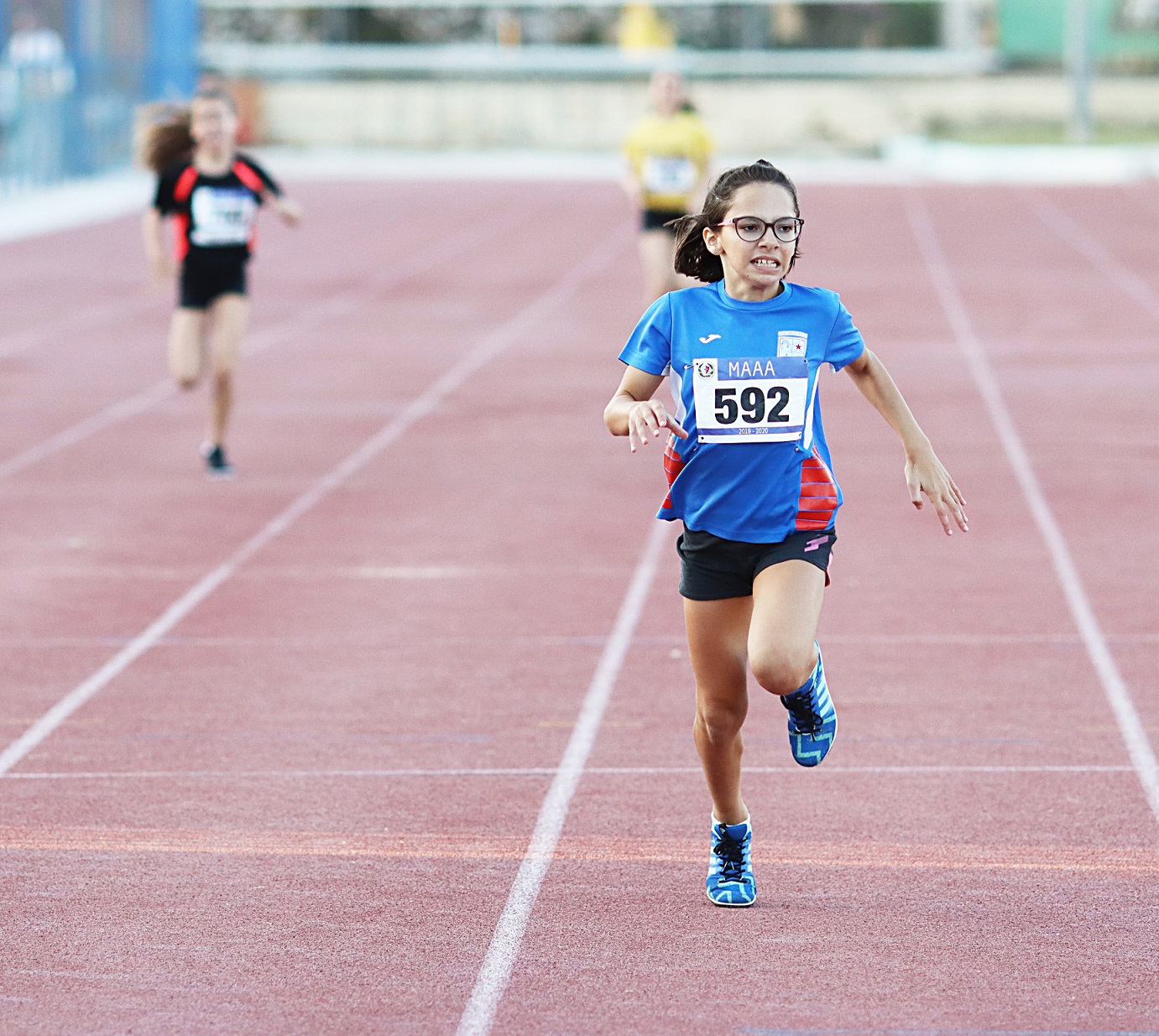 At the Matthew Micallef St John Athletic track, it was a festival of joy of 121 athletes within different age groups of U12, U14 and U16. A few of them, especially the Under 12s were savouring the tartan track and field and the sense of competitiveness for the first time. For others, it was a crucial milestone in their sporting and educational life with the possibility to access Malta’s National Sports School being at stake.

The star of the day was the youngest of the category (U12) Thea Grech who managed a treble and a second place. She won in a convincing way the 60m, 300m and the ball throw and placed second in long jump, edged in the latter by Pembroke Athleta’s starlet Kristina Azzopardi. Thea singled herself out in the ball throw with an 18.22metres throw eclipsing second placed Kristina by almost a metre. Thea produced a number of impressive performances, to the delight of her family and coach Jeremy Spiteri.

Jake Vassallo and Hector Rivier (U12) both club mates at Pembroke Athleta managed to exceed the 29metre mark in the ball throw with 29.52 and 29.24 respectively. Another special mention goes to Elai Borg (Pembroke Athleta) who registered a double with a remarkable 4.09m leap in the Long Jump and a fast 47.44 in the 300m.

In the U14, the fastest sprinter in the 100m was Thomas Grech from LaSalle, who happens to be Thea’s brother, who finished before clubmate Andrea Incorvaja and Savio’s Liam Falzon. In the Long jump La Salle athletes edged out the rest with Lyon Falzon (4.38), Thomas Grech 4.32 and Andrea Incorvaja (4.08) being the only athletes whose measurements exceeding the 4 metres mark.
Starmax’s Shoemake twins in the U14 managed a double with Thea edging out her sister Bianca in the 100m sprint in 13.48 against 13.56.

In the U16, 100m Men, Yan Vella (Pembroke Athleta) registered the best time and eventual victory in 12.70 whilst San Anton student Juliette Spina showed her supremacy in the girls’ event, covering the distance in 13.51.

In the Long Jump Kyran Farrugia (Rush) and Yan Vella (Pembroke) were just few cms away from the 5-metre mark with measurements of 4.98 and 4.95 respectively. There was no story in the Women’s Long Jump where Kay Lee Testa with a jump of 4.79 beat her opponents high and dry.

The schedule of events ended with a fast 54.88s in the 400m set by U16 LaSallian Matthew Galea Soler winning by over 3 seconds clear over his opponents.
MAAA President Andy Grech was ecstatic with the final outcome stating that “It was lovely to see so many young athletes come out and give their all today. I haven’t seen the stands of the stadium so full since Malta hosted the European team championships in 2018! I would like to take this opportunity and thank the many officials and volunteers who help us every week. without them the MAAA could never function nor cater for so many promising athletes!”

The next event is planned for 18th July, with the senior athletes back on track for the MAAA Challenge Meeting 1 and the third Under 16 Challenge.