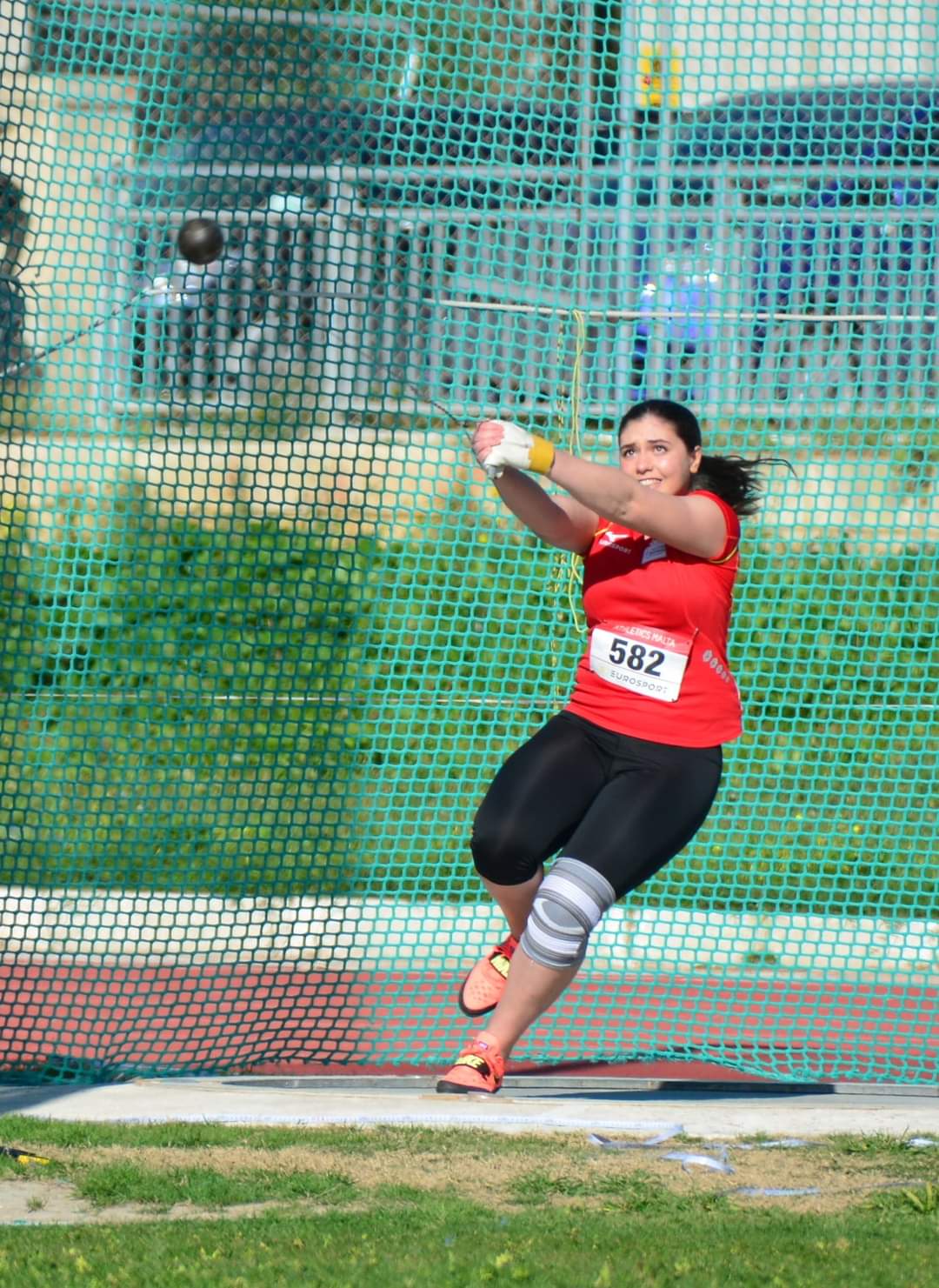 A memorable day for thrower Mireya Cassar at the Matthew Micallef St John Stadium. The young athlete has today broken the hammer throw national record for three times and went beyond the significant 50 metre milestone, with an impressive 52.50m throw.

Cassar was competing at the second Challenge Meeting at the Marsa track hosted by Athletics Malta.

This result means that Cassar, who is currently undergoing professional training in Germany, has broken the national record for four times in the four competitions she has taken part – three of them abroad. In total, she improved her record by almost five metres.

The five-star performance in Marsa for Cassar was completed with another record, this time in the shot put for the Under 20 category.

This result augurs well for the continuous development of this emerging talent. Cassar is expected to be one of the athletes representing Malta in the Athletics Championships for Small States of Europe that will be held in Malta this coming June.