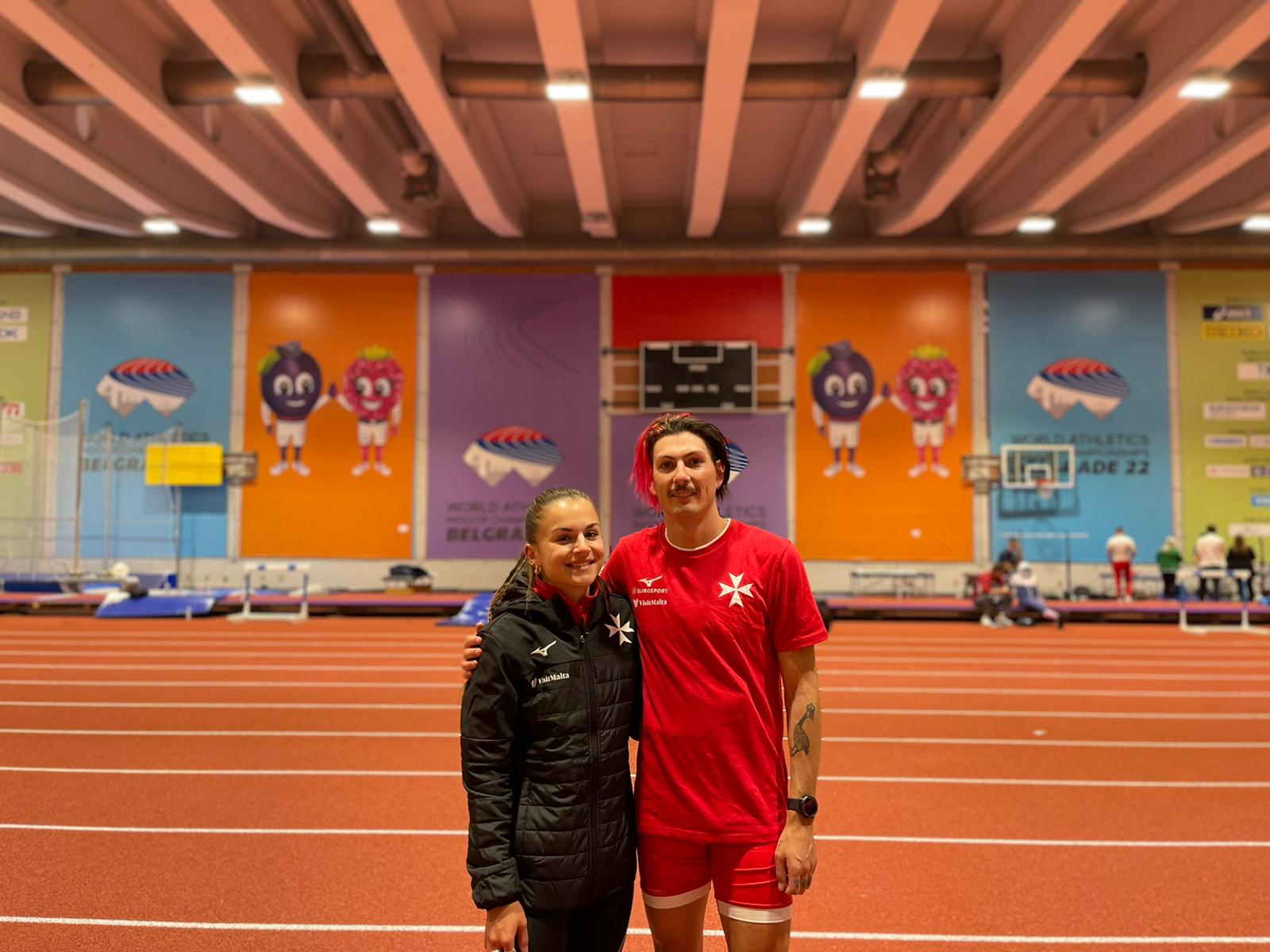 By Antonella ChouhalMarch 18, 2022No Comments

Gusman clocked 8:03.13 in his 3000m semi-final, finishing in seventh place in a very technical heat won by Britain’s Marc Scott – the current British & European Record holder for the indoor 5000m. Gusman completed the distance just behind Berihu Aregawi, an Ethiopian athlete who went a few seconds close off a World Record just a few weeks ago during an international event at Massehalle in Karlsruhe, Germany.

This was a very creditable result for Gusman who was running only his second 3000 m race in this indoor season. It was the first time a Maltese athlete reached this level at a World-level athletics event on his own merit.

Scicluna registered a very positive 7.71s in the 60m sprint, a mere 0.04s off her personal best.

The youngster’s heat was also won by a British, Daryll Neita, a bronze medallist at the Tokyo Olympics.

Andy Grech, Athletics Malta President said: “This was a very positive experience for the two athletes who shared the track with some of the biggest names in this sport. The ability to race next to such names and in such a fantastic stadium will certainly spur the two athletes in investing further energies in their athletic careersand will strengthen their efforts to achieve new milestones in athletics”. 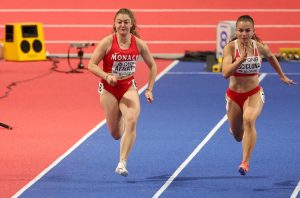