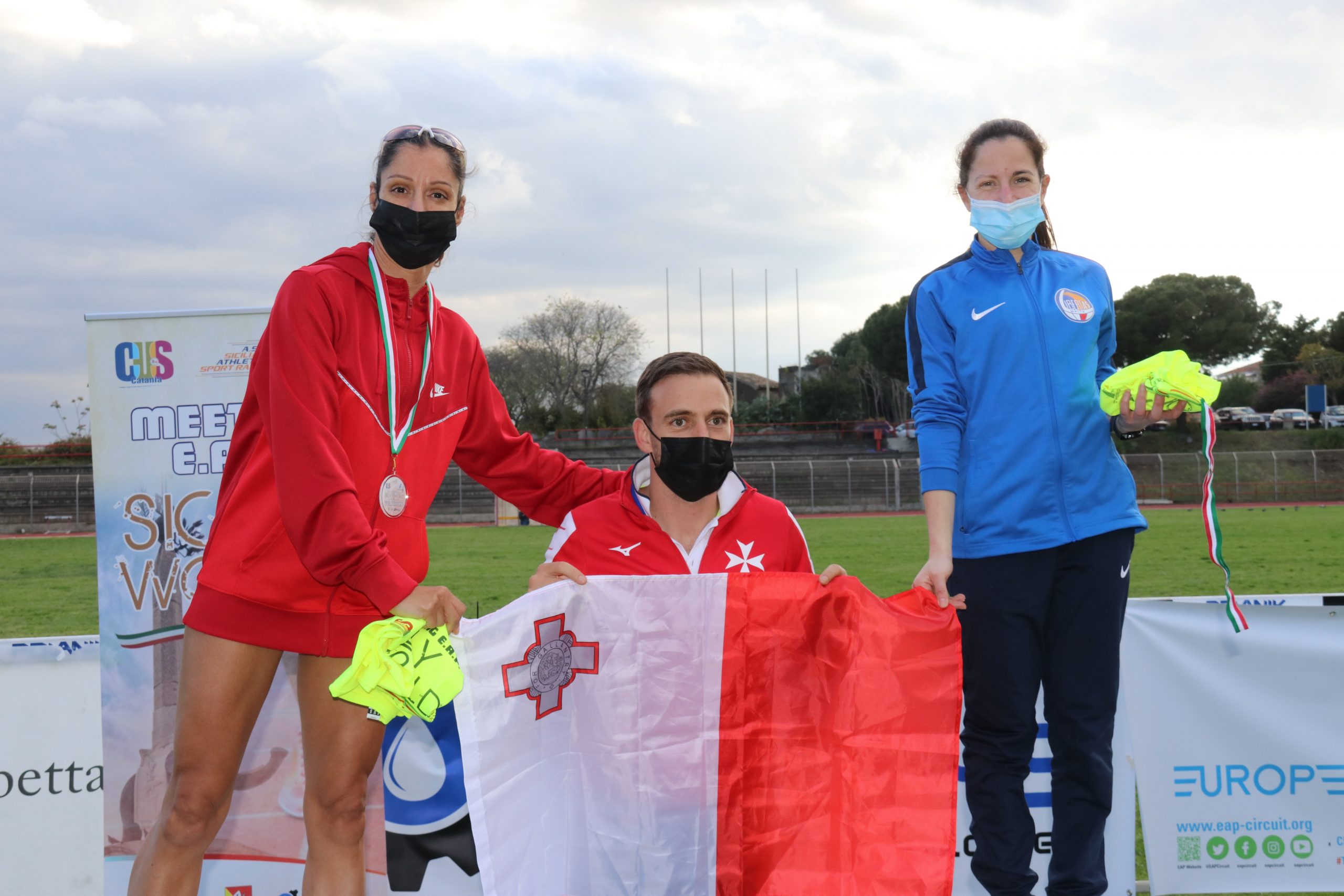 Maltese athletes stole the show during the Third Edition of the International EAP Sicily World Meeting held this weekend in Catania claiming no less than 14 medals, six of which were gold.

Competing against a quality field comprising of Italian and other international athletes, the 28 Maltese athletes – the largest foreign contingent, representing ten local clubs, obtained excellent results in all fields, dominating particularly in the middle and longer distances as well as in field events.

Besides the significant medal haul, Maltese athletes broke four event records, three in the senior category and one in the Under 18 category, the latter of which is an EAP Under 18 record.  It was a remarkable experience for Jeremy Zammit (Pembroke Athleta) whose 7.14m jump secured him not only the gold medal in the long jump event and a Maltese age category record (Under 18), but a place among the best ten leading jumps globally for his age group this year.

The other gold medals were obtained by:

Athletics Malta President Andy Grech, who accompanied the Maltese team in Sicily, said: “Once again, our local athletes have done us incredibly proud. The results obtained in Catania were even more impressive considering that unlike athletes hailing from other countries, who were able to train normally in the past weeks, our athletes face a situation where their stadia and other training facilities are closed and, most of the training has to be done completely alone. These results confirm the potential of Maltese sport and send the message that it is time to elevate it among the priorities of our country”.

Meanwhile, local club Pembroke Athleta has announced that it will be organising an International EAP event in Malta on 17th July 2021 at the Matthew Micallef St John Stadium in Marsa. The event promises to bring over a large amount of foreign athletes to our shores through different partnerships Athletics Malta secured along the year.