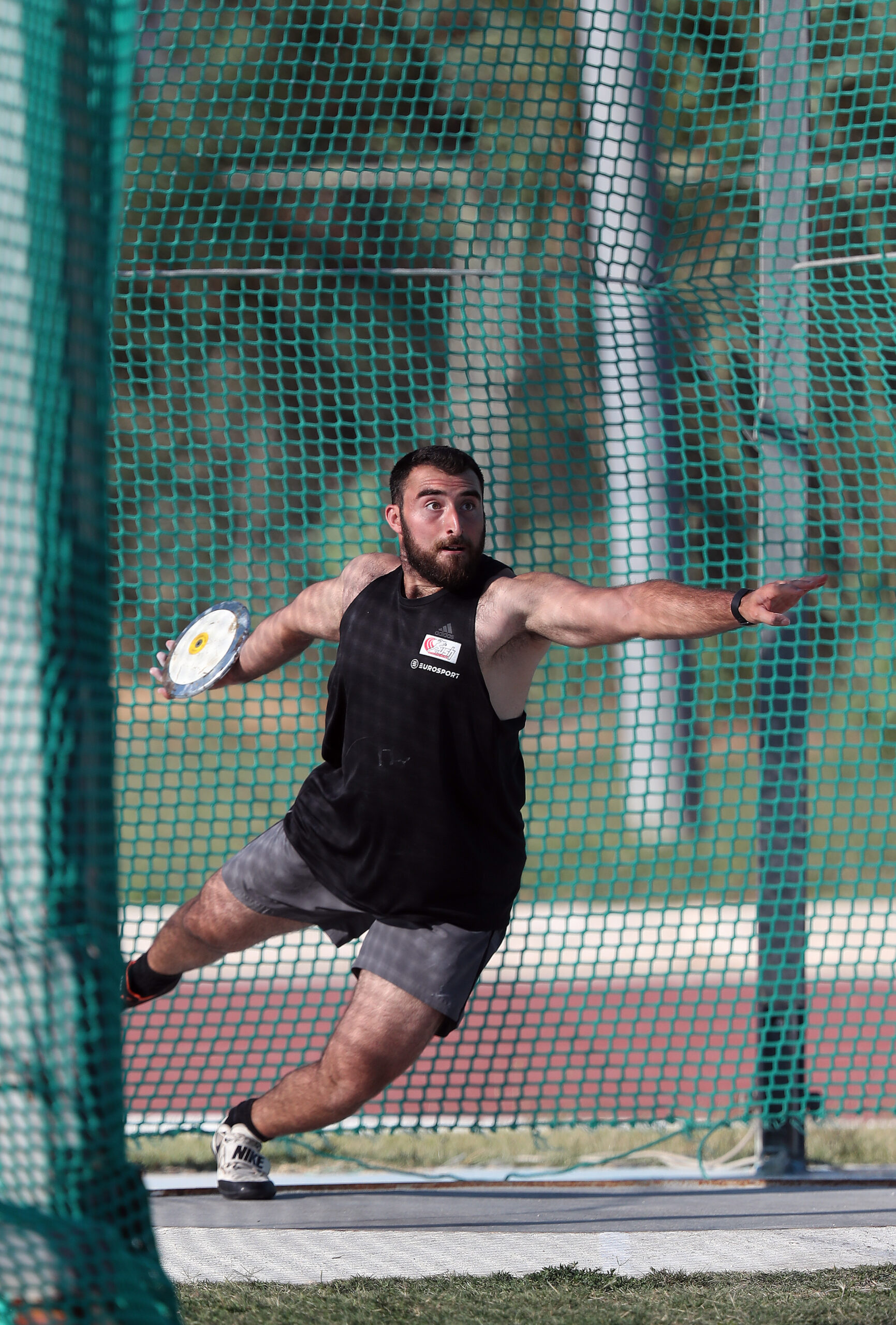 The second MAAA micro event after the resumption of events saw yet another National Record being broken, with Luke Farrugia improving by almost two metres his discus throw, setting the new benchmark at 51.92 metres.

Farrugia is coached by evergreen coach-athlete Antonella Chouhal, and hails from Rush AC. This was therefore a fantastic week for this club with Luca Martini breaking the national record in the hammer throw during the first event.

For both sprints, the wind speed exceeded slightly +2 m/s which means a tail wind over the consented limited assistance.
The long sprints were a spectacle to watch. In the 400m Men, Pembroke Athleta’s Graham Pelligrini, an Under 18 athlete, was the greatest surprise of the day with a 52.06 ahead of seasoned 400m runners Matthew Croker (Savio Athletic Club) in 52.20 and Krestien Micallef (Rush AC) in 52.48.

In the men’s long jump Ian Paul Grech was just 2cms away off the 7-metre mark, a benchmark measurement for elite Maltese athletes. Second placed U18 Jeremy Zammit had a leap of 6.53m whereas Godfrey Sapiano jumped 6.21m.

In the women’s long jump Pembroke Athleta’s supremacy was evident. Claire Azzopardi managed a Personal Best of 5.99m, a whisker away off the 6-metre mark. For the second week running, Claire managed a double win in the 100m and long. Highly promising U18 Rachela Pace had a good leap of 5.50m and Kimahri Charles with 4.87 placed 3rd.
MAAA President Andy Grech expressed his satisfaction at the results achieved today particularly in seeing a number of young athletes coming through and registering positive performances: “It is truly encouraging to witness such results by the younger generation of athletes. This strengthens our belief that athletics in Malta has a bright and promising future!”
Following the successful organisation of the first two microevents, the MAAA will dedicate next week’s session (11th July) to young athletes and the Under 16s.