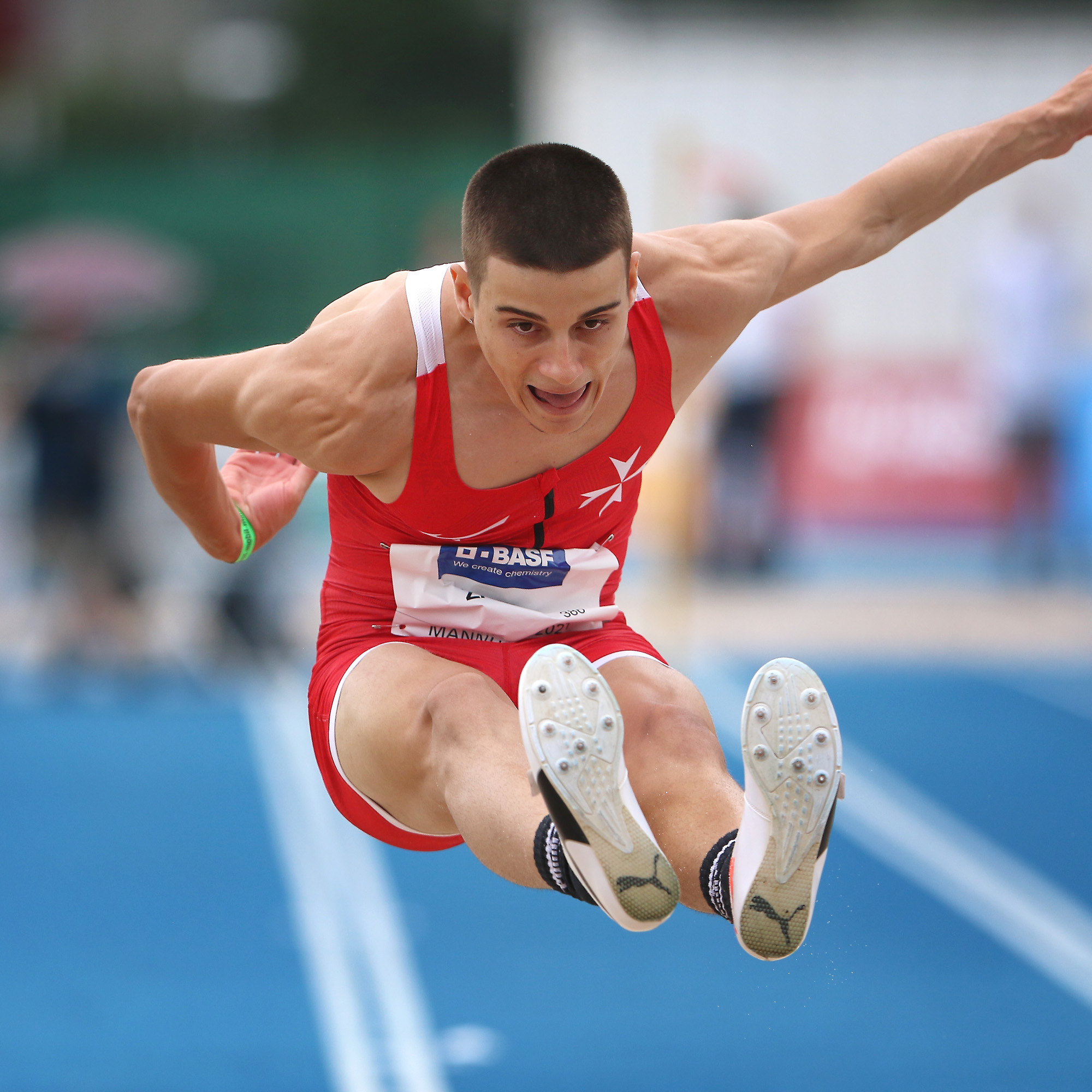 By Antonella ChouhalJanuary 31, 2022No Comments 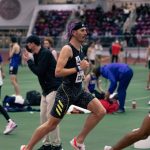 The Maltese athletics season got off to a flying start with a memorable day at the Matthew Micallef St John Athletics Stadium with three national records and a host of category records broken in a number of fantastic displays by both elite and upcoming athletes.

The day belonged to Jeremy Zammit (Pembroke) in the long jump breaking the long-standing senior national record with a 7.73m jump. The previous record, which stood at two cms less, was held by Rachid Chouhal, who interestingly also produced his own record, setting a new category landmark at 6.34m among the male over 45, an excellent performance in view of his preparations for the European Masters indoor championships.

Daniel Saliba (Pembroke) also broke his national record over the 60m hurdles distance with an 8.33s finish time, as he continues his pursuit of self-improvement chasing the sub-8” barrier. A third national record was broken by Pembroke’s Luka Aras on the 300m hurdles event.

In the hammer, Under 23 athlete Luca Martini (Rush) claimed the event with a 55.90m throw,just 10cm away from his qualifying mark for the European Throwing cup held in Portugal in the month of March. Bradley Mifsud (Pembroke) and Luke Farrugia (Rush) were also seeking qualification for this event in the discus competition, as they also prepare for the 2022 CSSE games and GSSE games. The two were separated by 40cm with Mifsud being the first to book his plane ticket to Portugal with Farrugia no more than four cms away from joining him. The two athletes will surely push each other for better distances as the season progresses.

Another young athlete running alongside the seniors wasU18 Rush AC athlete Isaac Bonnici (Rush), running the 600 m, breaking the category record in the process in a time of 1:27.45.

Dillon Cassar (Mellieha AC) debuted on track this season on the 5000 metre distance, registering a time of 14:59.84 winning the race in ease and style. A Personal best for U20 Evolve athlete 15:30.89 Gabriel Farrugia, whose mind is surely set on breaking the category record of 15:13.30 belonging to Kevin Zammit.

On the same weekend but on the other side of the world, at the Boston University John Thomas Terrier Classic, Maltese elite athlete Jordan Gusman lowered the country’s national record with a 7:44.40 timing on the 3000 metre mark, claiming third place with a time, becoming the first Maltese athlete to qualify on his own merit for any indoor championship at world level. Gusman will be thus representing Malta at the next World Athletics Indoor Championships, being held in Belgrade, Serbia in March.

Athletics Malta President Andy Grech commented: “I still cannot believe that we are only in the second event of the season and our athletes are already breaking national and category records. I have no doubt that our technical structure has already started bearing fruit for the future even if it’s only been in action for the past year. Come June during the CSSE games, I am adamant that our athletes will provide a spectacle to all, let alone in year’s time at the GSSE 2023”.

Grech had words of praise for the exceptional talent of Jeremy Zammit – who last year made it to Under 20 World Championships and has continued to push himself further: “Jeremy Zammit’s jumping is a sight to behold, we can expect many accolades to come from this young gentleman, well done to his coach and team on such an impressive result. I am sure we will be hearing a lot more to come from him.”