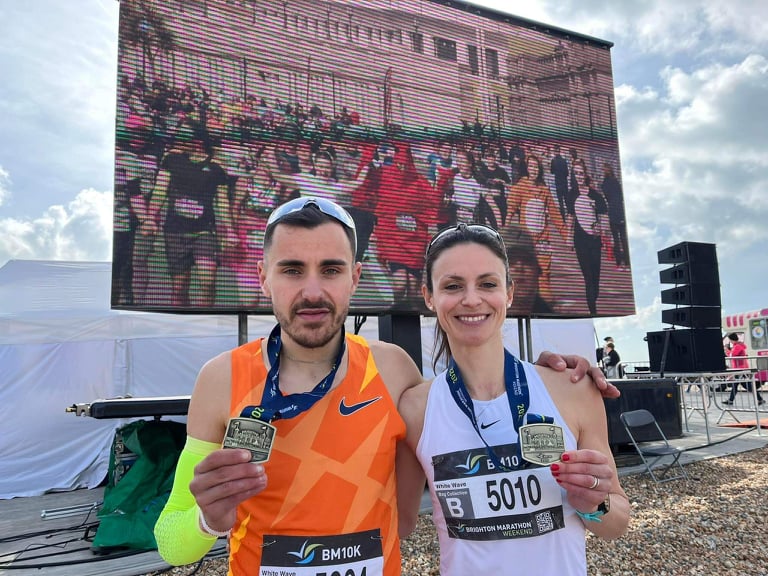 Cassar (Mellieħa AC) broke the National record that he had previously set in Madrid in September 2021, with a time of 30:47.7 finishing a close fourth overall in the male event. The race was won by Ronnie Wilson finished in a time of 30:03.07. Cassar has also set a new half marathon record this year.

Cortis (Zurrieq Wolves AC), in her first race under her new coach Nick Anderson, ran an official time of 35:36.1, the fastest ever on the road for a Maltese athlete, finishing fifth overall. She improved Michelle Dimech’s record previously set in Athens Greece a few months ago. Nathasha Cockram won the female event in a time of 33:28.3.

Cassar and Cortis’ participation in Brighton was part of a series events in which elite Maltese athletes are being supported by Athletics Malta, SportMalta, the Maltese Olympic Committee and the Malta Tourism Authority to compete in high-level competition abroad.