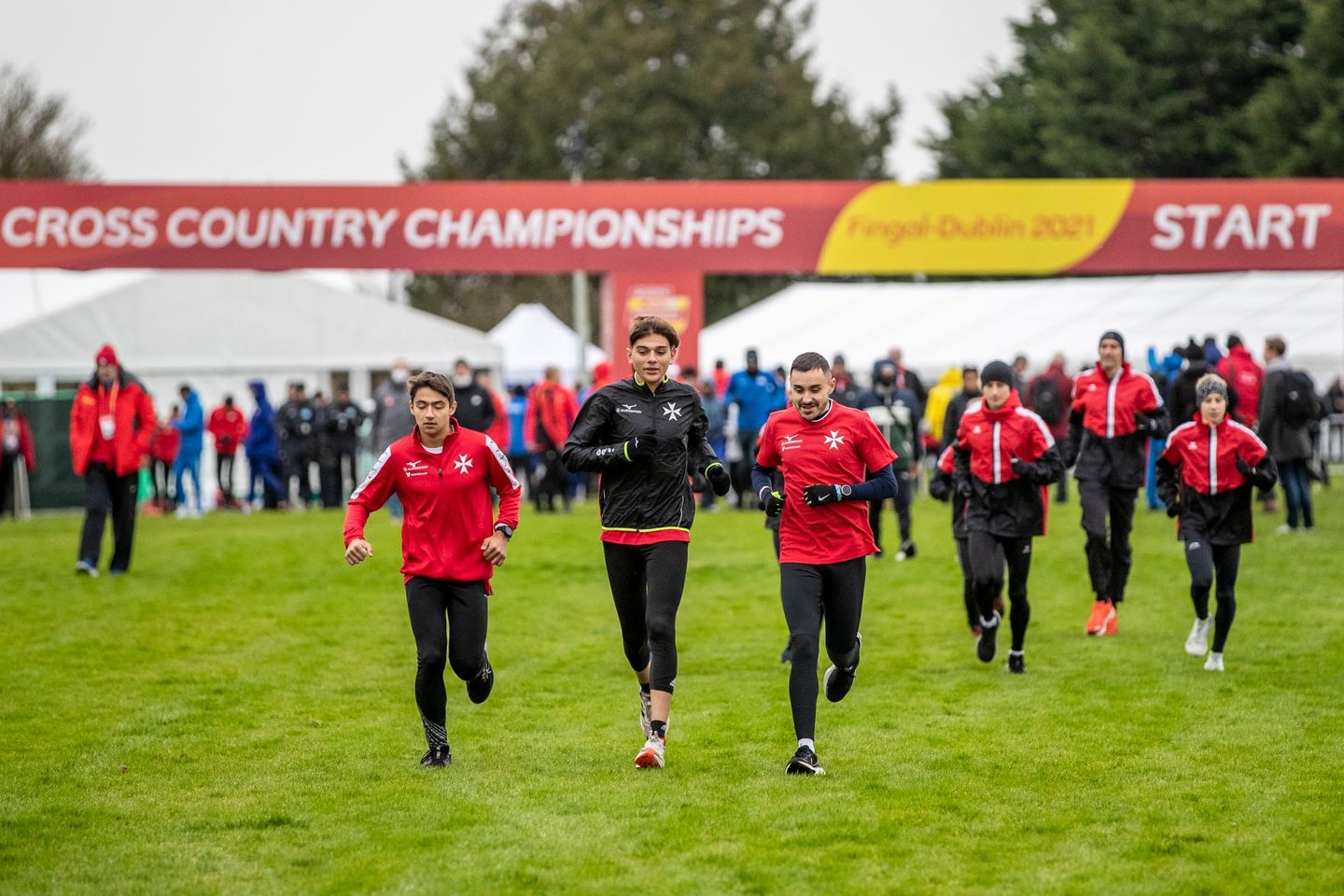 By Antonella ChouhalDecember 13, 2021No Comments

This was an exciting and precious experience for the Maltese athletes, who shared the stage with some of Europe’s most well-known athletes, such as Norway’s Jakob Ingebrigtsen, who won the senior male race, having earlier this summer claimed Olympic Gold in the 1,500m race. A fellow Norwegian also claimed the women’s gold, Karoline BjerkeliGrovdal, amongst other Olympic participants.

David Borg and Gabriel Farrugia competed against 97 athletes in the Under 20 category. On his debut for the National Team, Farrugia was able to complete the 6k course in 20’30, passing Borg on the final straight in the course. The pair exchanged positions in the final straight, with a mere second separating them at the finish line. This was a great experience for both athletes in a very technical race, showing significant promise to continue pushing each other in the future. Axel Vang Christensen from Denmark claimed the Under 20 title.

During the present season, Athletics Malta has sought to give a fresh impetus to cross-country events, despite the challenge of a lack of adequate venues for such events. Securing the participation of Maltese athletes abroad therefore remains a fundamental path in their development.

Athletics Malta President Andy Grech expressed his satisfaction at the solid performance by Maltese athletes “despite the constant rainfall in the buildup to the event, creating extremely muddy conditions, creating challenging terrain Maltese athletes are not accustomed to. This was a great experience for the Maltese team, and an important stepping-stone on which Athletics Malta will continue to build in coming months”.

The trip would not have been possible where it not for Sport Malta and the Maltese Olympic Committee in the buildup to GSSE games 2023.