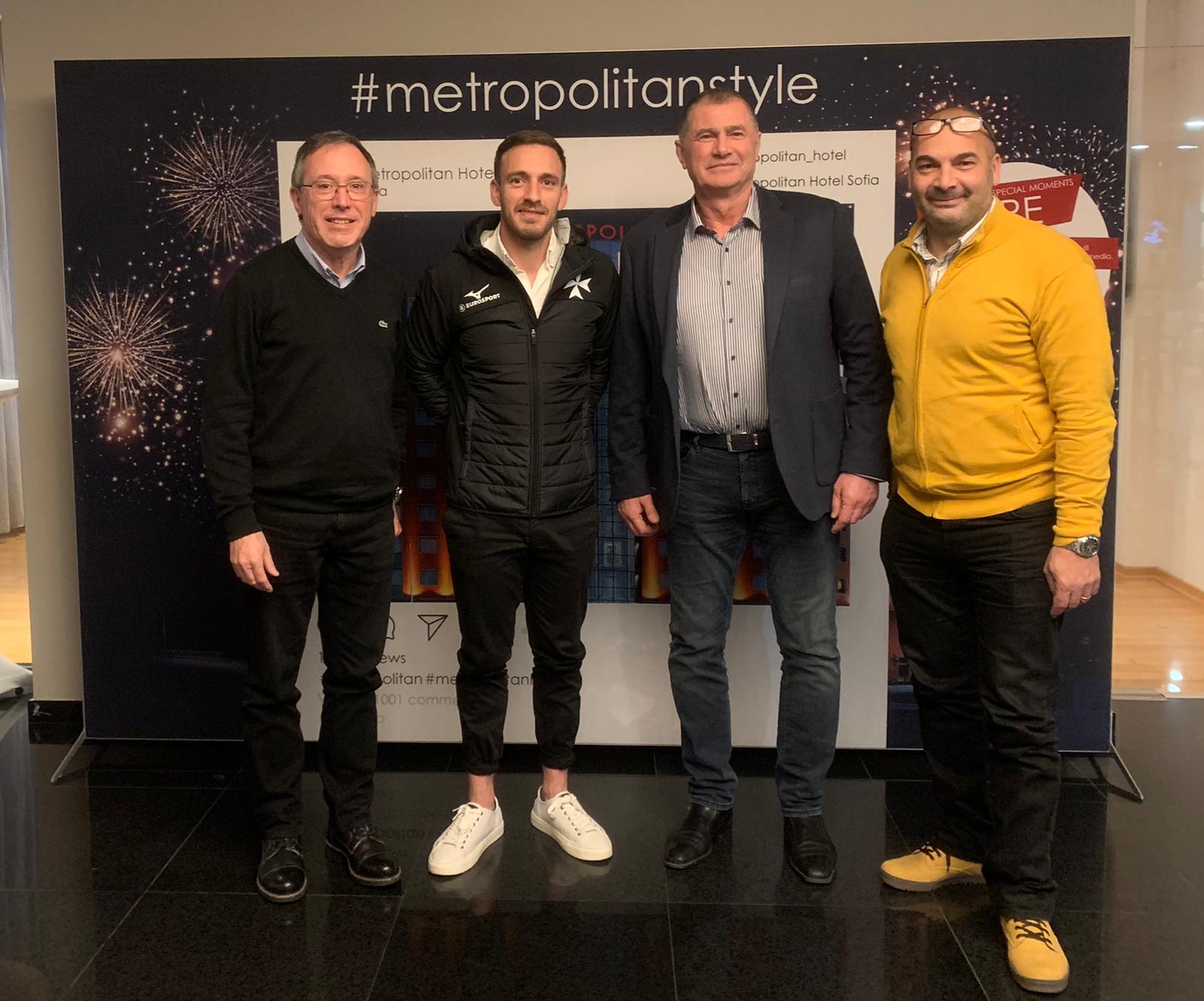 Athletics Malta has concluded two important international agreements that will secure a brighter future for the sport in Malta and will provide better opportunities for Maltese athletes abroad. The agreements were reached during a visit of an Athletics Malta delegation led by Athletics Malta President Andy Grech and Secretary-General Aldrin Cassar in Sofia, Bulgaria, where they met high ranking officials from European Athletics and the Balkan Athletic Federation.

This will open significant opportunities for Maltese athletes to compete at very high levels across the Balkan states while also opening the doors for participation in top-event educational programmes. In return, as part of Athletics Malta’s vision to attract high-calibre international athletes to our shores, athletes from these countries, who traditionally endure harsh temperatures, will be considering Malta for their winter training camps.

In Sofia, the Athletics Malta officials also met with Jean Gracia, European Athletics (EA) council member and chairperson of the Development Commission. Discussions during this meeting focused on Malta’s present sporting climate, limitations and ambitions, and the country’s objectives for the coming years. Following an agreement reached in Sofia, European Athletics gave its green light for Malta to join a restricted list of just five countries to establish a National Development Plan, a holistic project which will see the European federation supporting Athletics Malta in strengthening its administrative and technical structures. The agreement will also see EA supporting Malta’s efforts to improve its elite pathway, strengthen ties with athletics community and work on Malta’s local commercial presence.

At the end of the visit, Athletics Malta President Andy Grech expressed his satisfaction for the agreements reached: “In order for Maltese athletics to continue to improve, we must look at athletes and coaches from abroad and work with their mentality, and intensity, follow the European calendar and expose everyone to more competitive events, venues and competitors. The agreement reached with the Balkan Federation will create important opportunities through which local athletes will face stronger competition, which is the way forward to improve the performances in the coming years”.