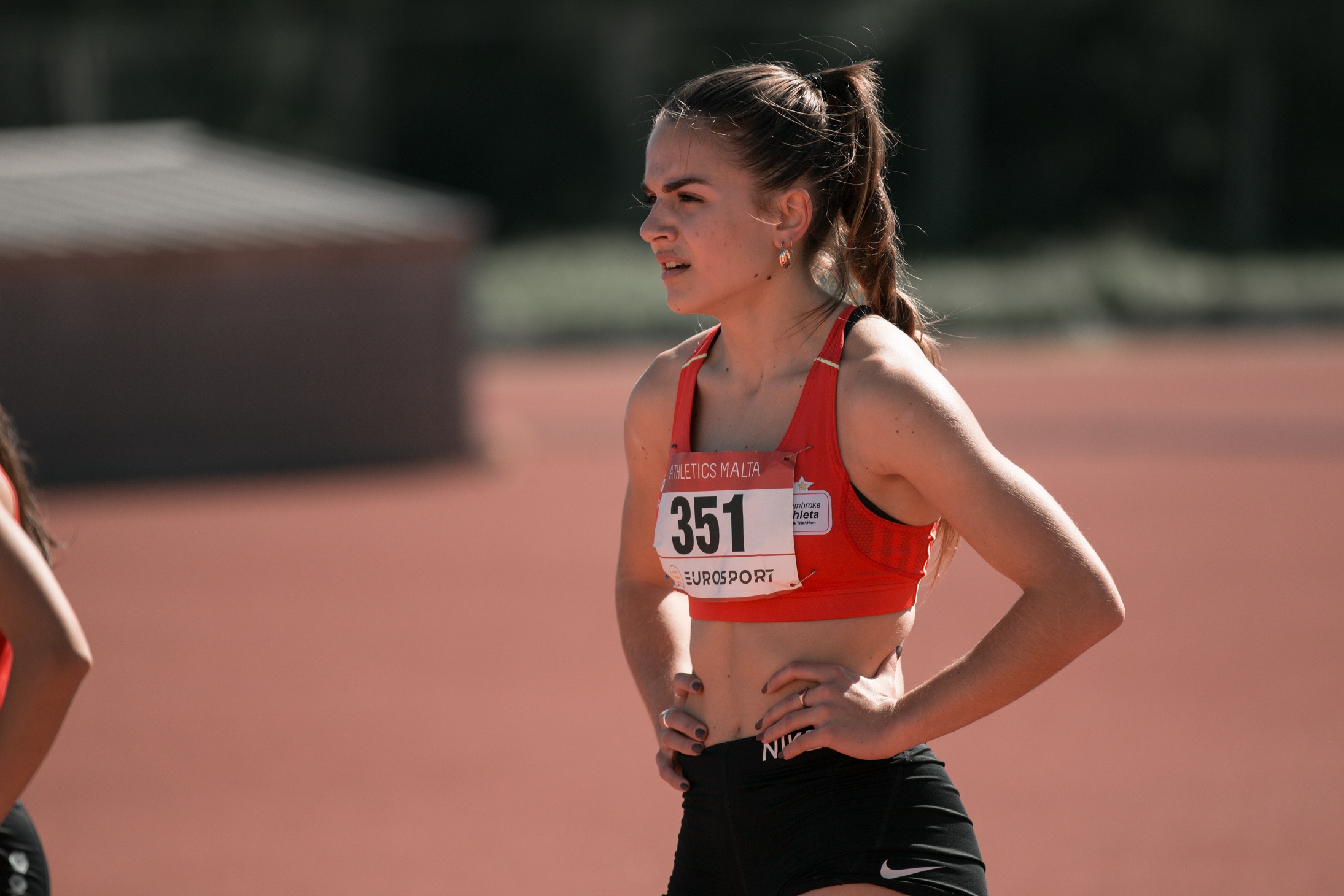 The Maltese athletics’ winter season reached its climax this weekend with the Winter Championships held at the Matthew Micallef St John Stadium in Marsa. Despite a warmer than usual February day, elite and junior athletes brought home a number of significant performances coupled with a few records notched in the sport’s history books.

Carla Scicluna (Pembroke) emerged clear in the 60m women’s race, in a time of 7.69s with a difficult head wind. This timing secures Carla a spot at the European indoor championships in Torun, Poland, in two weeks’ time. In the male race, the 60m champion was Steve Camilleri (Pembroke) time of 7.22s.

It was certainly a day to remember for Mireya Cassar (Pembroke). The young athlete not only secured two senior titles, in the hammer throw (42.96m) and shot put (11.15m) but in she also put her name in the history books claiming the Under 20 National Record in the hammer  throw.

In the Jumps, which were heavily affected by an increasing wind throughout the morning, Claire Azzopardi and Rachela Pace (both Pembroke) shared the spoils with the Claire winning the triple jump and Rachela winning the Long jump respectively. Ian Grech was the double winner of both events in the male category.

The 5000 metre competition attracted a strong participation, so much so that Athletics Malta organised for the first time three heats for the different levels. The overall Winter champion was Luke Micallef (Pembroke) with a stunning time of 14.46.59, lowering his personal best significantly. In the female category, Lisa Bezzina winter champion was pulled forward by Thalia Chorolombous (Cyprus), claiming the national title in 17.28.14.

In the 300m Senior Winter champion was Omar El Aida Cheaffy (Starmax) pipping u20 Graham Pellegrini (Pembroke) to the line in an exhilarating race. Evergreen Rachid Chouhal (Rush) also broke the V40 300m record with a time of 38.25. Janet Richard (Pembroke) is the senior winter champion on her first event of the year with a time of 40.69, with Martha Spiteri (Zurrieq Wolves) U20 finishing runner-up.

Other records were established by Luka Aras of St Patrick’s claiming an Under 20 record at 44.55s in 300m hurdles, Andre Sciberras (Allcomers Aloysians) in the Under 18 triple jump and by Isaac Bonnici (Rush), in the 600m who achieved a category best in the U/16 boys. Julian Zarb (La Salle) broke the Under 16 national record in the 1500m steeple chase with a strong time of 4.47.46.

At the end of a gruelling day of events, Andy Grech, Athletics Malta President, commented: “Albeit a very challenging couple of weeks for our athletes and officials, we were extremely satisfied with the event and how well we were able to organise the event within a short time frame. Extremely proud of our youngsters who have shown that our future is strong and bright. We have a lot of aspects we as organisers need to work on, so it will be back to the drawing board in the hope of a high level of organisation to come.”