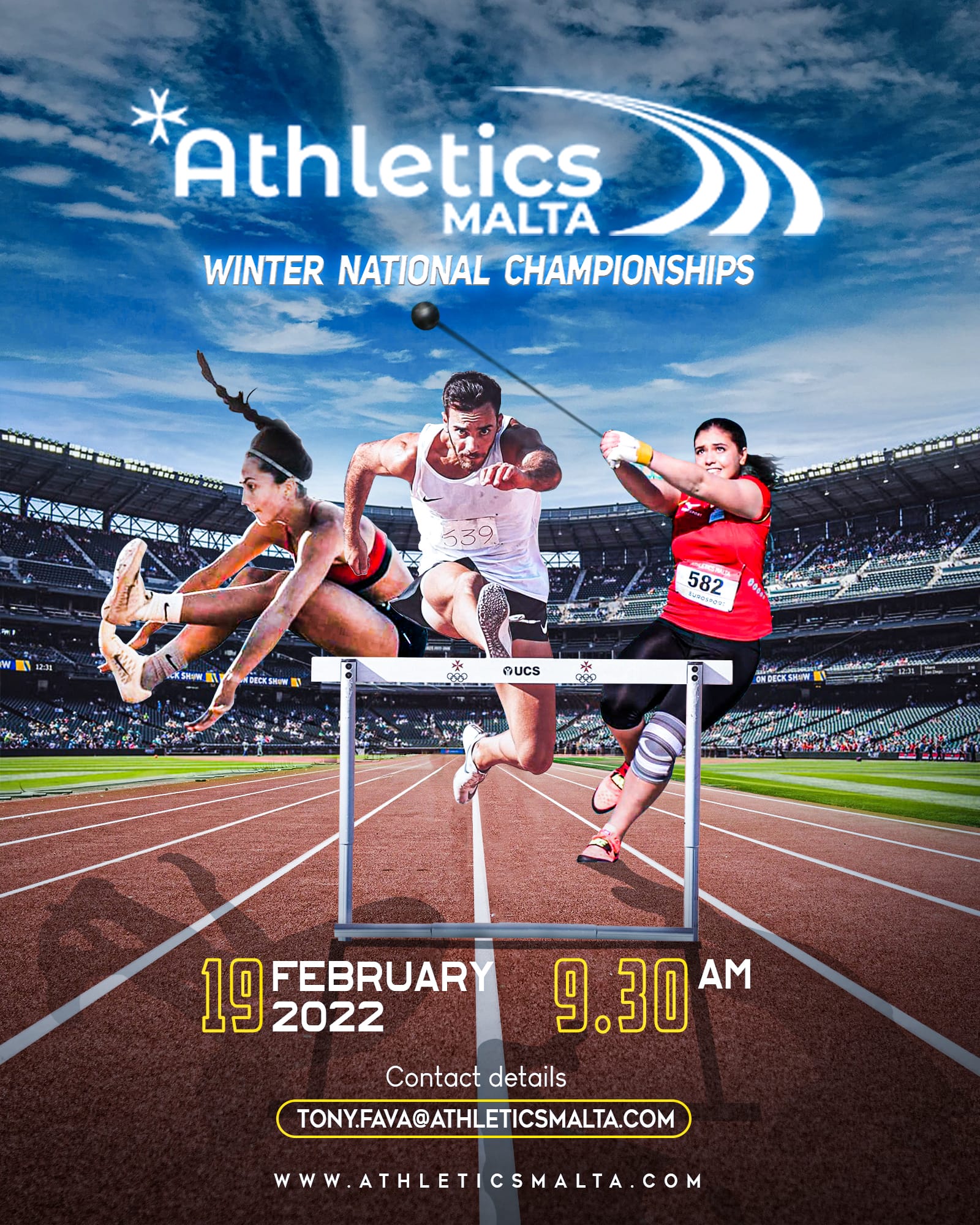 By Antonella ChouhalFebruary 17, 2022No Comments

The Maltese athletic season reaches its first highlight of this action-packed season with the traditional Winter Championships being held this weekend at the Matthew Micallef St John Stadium in Marsa.

Following a number of positive performances during the first three meetings of the athletic calendar, track and field athletes will now be pushing for their best seeking to not only establish national and personal benchmarks but also to seek qualification for upcoming international events, including the World Indoor Championships (Serbia) and European Throwing Cup (Portugal).The event will serve as an important test on the condition of elite athletes with just  four months to go for the Championship of Small States of Europe to be held in Malta in June.

Expectations of positive performances run high among the athletics community, following a brilliant start to the season. Four National Records have already been broken this month during high-level international competitions.Jordan Gusmanset an impressive new timing on the 3,000 metre indoor distance, with a time of 7.44.40 at the Boston University John Thomas Terrier Classic. Mireya Cassar has shattered the existing hammer throw record, with an impressive 47.46 metres at the Hassloch Athletics Stadium. Benjamin Micallef lowered the 800m indoor benchmark at the Washington Indoor Husky Classic on Saturday (1’49.07) finishing second.Jeremy Zammit put his name in the record books for the second time in less than a month, jumping 7.40m at the AAI Indoor Games in Ireland, setting a new benchmark, this time in indoor long jump.

Athletics Malta President Andy Grech said that: “While the season is still in its infancy, a number of athletes have been hard at work for a number of months, conscious of the high-profile events coming in the next month. Through the wide-ranging investment,supported by SportMalta and the Maltese Olympic Committee, in terms of training programmes for national team athletes, the recruitment of high-level coaches for our national team set up and the support for participation in foreign events, we have already seen encouraging and remarkable progress. I sincerely augur that the Winter Championships will be another step which demonstrates the significant strides forward carried by this sport”.