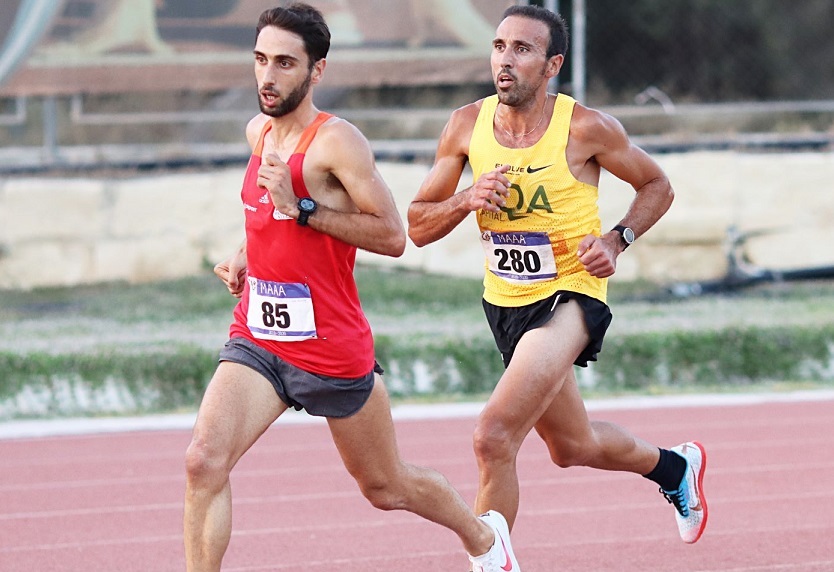 Malta’s elite athletes and upcoming youngsters were back on track at the Matthew Micallef St John in Marsa for the first of three pre-season Winter track events organized by Athletics Malta. These events lead up to Malta’s Winter Championships due on 20th February, through which Maltese athletes can qualify for the European Indoor Athletics Championships due in March in Poland.

With the current pandemic depriving Malta’s elite runners from the annual Road Running League many of them took to the track to test their abilities, registering some impressive performances. The 3,000m race provided a great spectacle with three of Malta’s best middle-distance runners, Charlton Debono (Evolve Endurance Club), Dillon Cassar (Mellieħa AC) and Luke Micallef (Pembroke) crossing the finish line with less than a second separating them. Despite cold and wet conditions, their finish times of 8.33.90, 8.34.52 and 8.34.70 were some of the fastest recorded on Maltese soil. With this result, Debono adds to his collection of national records, this time for the Over 35 category on the distance.

The first Pre-Season meeting had some other positive performances in the younger age categories. Nicolai Bonello (La Salle) led the way in the Pole Vault with another impressive show on his second outing in the event. Clearing 3.55m, a Personal Best for him and an age category established mark, the Under 16 athlete now has Jason Monreal’s Under 20 record of 3.90m in his sights. Peppina Dalli (Pembroke) also put on a very strong performance clearing 3.40m.

Carla Scicluna (Pembroke) ran a personal best over the 60m distance in 7.77s. In the men’s event Kurt Zahra (Rush) crossed the line first in a time of 7.28.  Graham Pellegrini (Pembroke) and Martha Spiteri (Zurrieq Wolves) both winners of the 300m ran the race in personal best times, an impressive performance at such an early stage of the season.

Athletes will be back on track this coming weekend for the second Pre-Season Event.