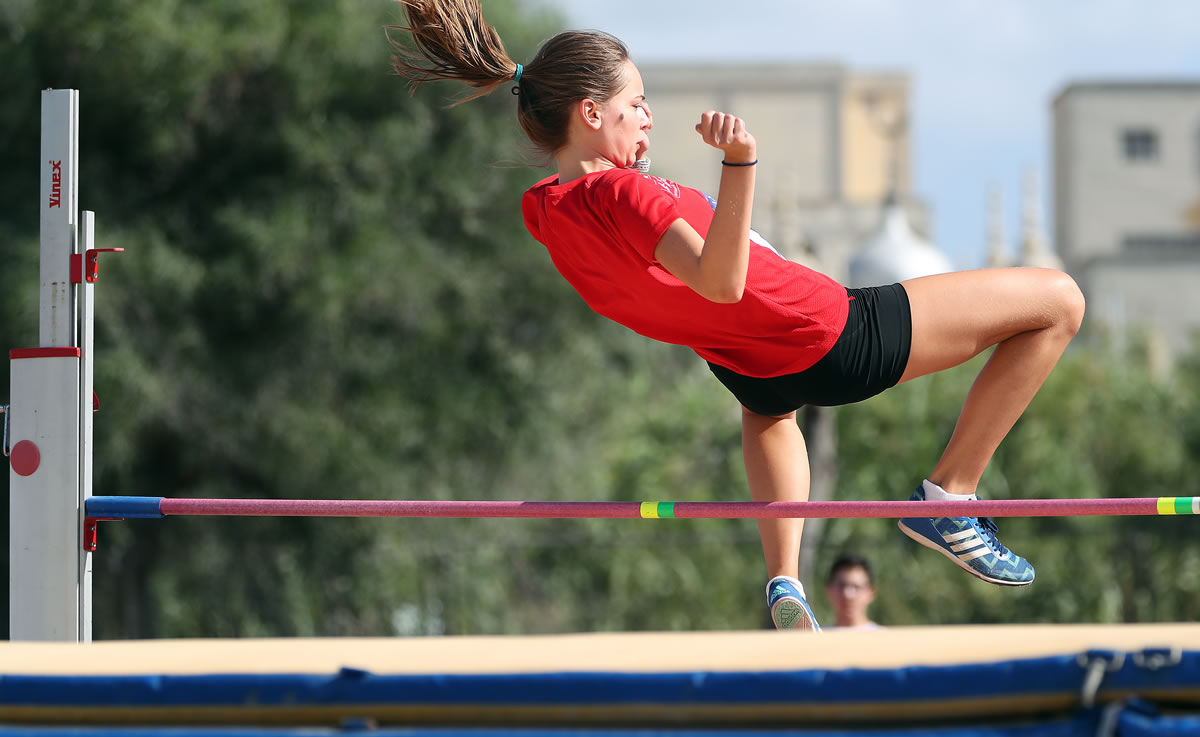 The last Meeting of the Season for younger athletes will remain in the lifelong memories of both Julian Zarb and Mireya Bugeja, both securing new national best overall performances in their respective age categories.

Zarb, a La Salle athlete, achieved a 5:03.20 time in the 1,500m Under 16 steeplechase, eclipsing hardworking athletes Noah Portelli (Mosta Secondary) and Matthew Curmi (Savio). Bugeja’s triumph among the Under 14s was spectacular, completing a solo 1,200m run in a fantastic 3:58.28, therefore inscribing her name in history by breaking an 11-year old record belonging to Starmax athlete Nicole Gatt.

The youth U14 and U12 programme produced some exciting and positive performances. Thea Grech (La Salle) and her elder brother Thomas Grech both managed a formidable treble to the joy of the spectators, family and their meticulous coach Jeremy Spiteri.

Elai Borg (U12) hailing from Pembroke Athleta was once again hot on his heels with an enviable double. Elai’s 3.83m jump assured him first place with over 23cm off his opponent and teammate Jamie Azzopardi. The duel proceeded in the 60m where Elai Borg edged Jamie by a whisker with 9.13 and 9.15 respectively.
The U14 Shoemake Starmax twins earned a spot under the limelight with Bianca’s double, winning the long jump event with (4.30m) and the Shot put with a measurement of 8.87m. The 300m girls was also a Shoemake affair where Thea edged out Bianca in 46.00 to 46.29.

The 300m boys U12 was won with a fast time of 48.14 by San Anton athlete Jacques Pace whereas the U14 outstanding performance by Luke Fleri of 46.72 earned him the victory.
Next Saturday and Sunday it will be a weekend packed with athletics, a special day for the National Youth Championships and last Challenge for the Open Category prior to the culmination of the Athletic season being the National Championships.