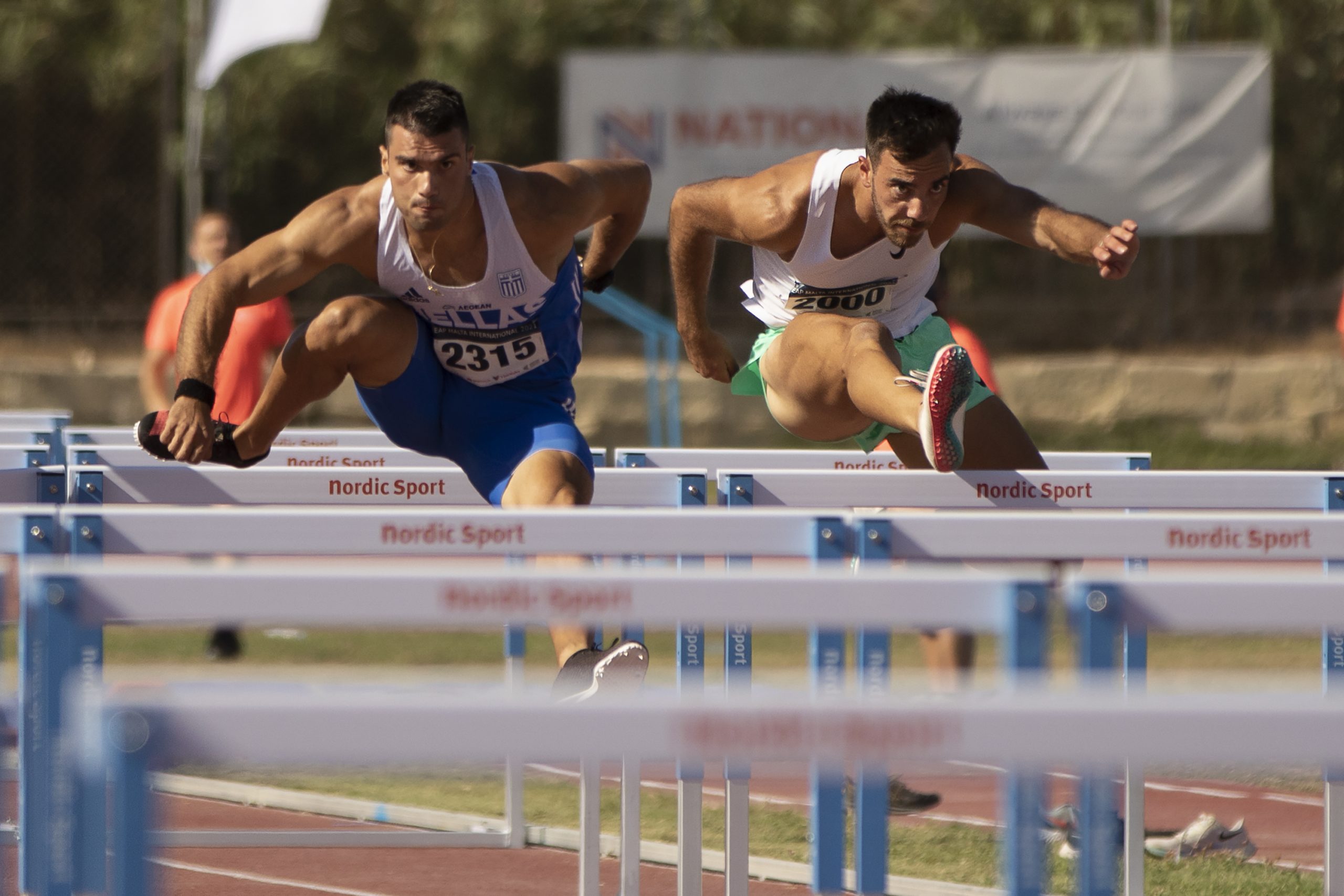 EAP meetings bring together a number of elite athletes from across the continent. Indeed, some 30 foreign athletes travelled to Malta for this event, with another 55 having to cancel their plans in the last few days following the introduction of travel restrictions to the island.

Daniel Saliba (Pembroke) broke his National Record in the 110mh hurdles in 14.69s, finishing second. This has been the fourth instance the athlete broke the national record this year.

Claire Azzopardi (Pembroke), took part in three events, collecting medals in her preferred horizontal jumps. Azzopardi claimed gold in the triple jump with a season best of 12.83m, which was also an a EAP meeting record, finished second in the long jump, once again clearing the 6m mark with a jump of 6.01, and finished 5th overall in the 100m with a run of 12.07s.

European Team captain Ian Grech (Pembroke), focused on the organization of the event, yet was still able to jump 14.97m in the triple jump, winning the event in the process, doubling on his National Championship victory a week before.

Matthew Galea Soler (La Salle) broke the Under 16 400m record with a very promising time of 51.37s. The previous time of 51.53, stood for 11 years. In the 800m, he had a tough race against Rush athlete Isaac Bonnici, leaving his kick to the end of the race to win the event. Christian Chetcuti (Pembroke) reconfirmed his dominance in the 800m distance running a solo race from the get go and clocking another great time of 1.54.87 despite the tough wind conditions, breaking an EAP Malta record.

Dillon Cassar (Mellieha AC), re-confirmed the great shape he is in, once again running a very strong 5,000 metre race finishing in 14’35”4, breaking an EAP Malta record in the process.