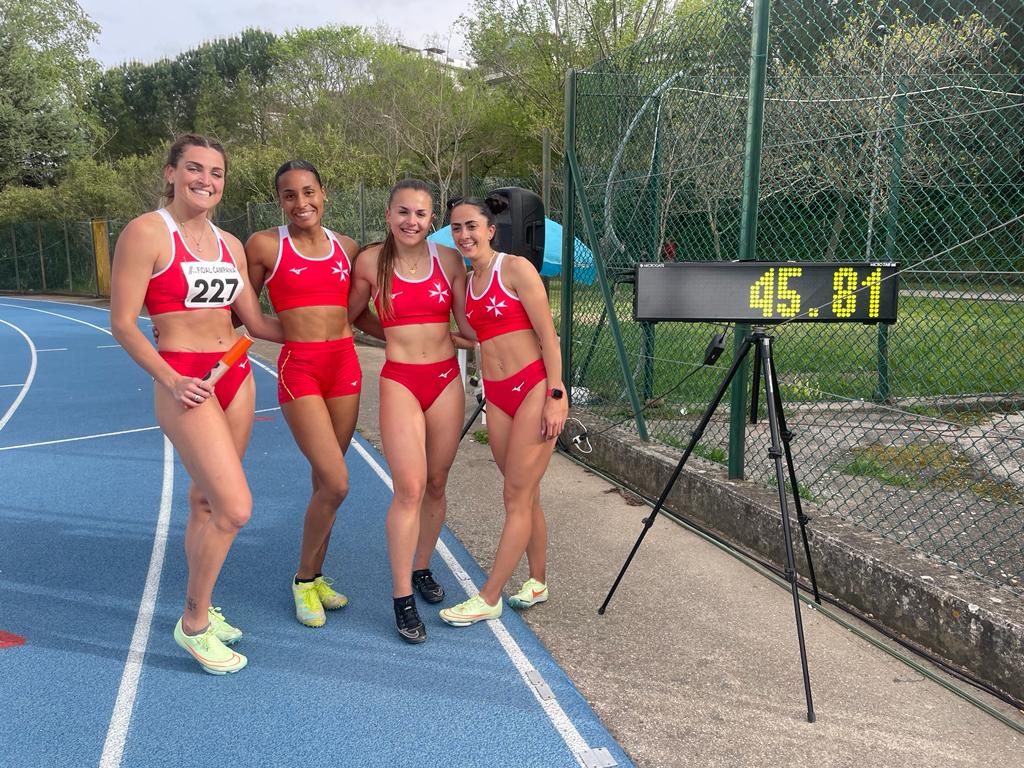 By Antonella ChouhalApril 25, 2022No Comments

Another successful performance abroad for the Maltese National athletes, this time the 4x100m female relay team, who managed to crush the National Record twice this afternoon in Agropoli, Italy.

The Maltese quartet was made up of Claire Azzopardi, Charlotte Wingfield, Carla Scicluna and Janet Richard.

Earlier this afternoon they lowered the national threshold to 46.07 and even managed to go even better a couple of hours later, lowering the record to 45.80s.

Through this result, the team has secured qualification for the upcoming Mediterranean Games being held in Algeria this Summer.

A solid performance was also registered by the male counterparts, who concluded their race in a time of XX. Daniel Saliba, steve Camilleri, Beppe Grillo and Luke Bezzina were the male quartet flying the Maltese flag.

This meant a very positive afternoon for the Maltese team with a number of athletes competing for the first time this outdoor season.

The team was concluding an intensive training camp in Italy, preparing them for this weekend’s performance as well as for the upcoming national commitments include the CSSE Games this June. This camp was facilitated through the support of the Maltese Olympic Committee, SportMalta, Visit Malta and Eurosport.