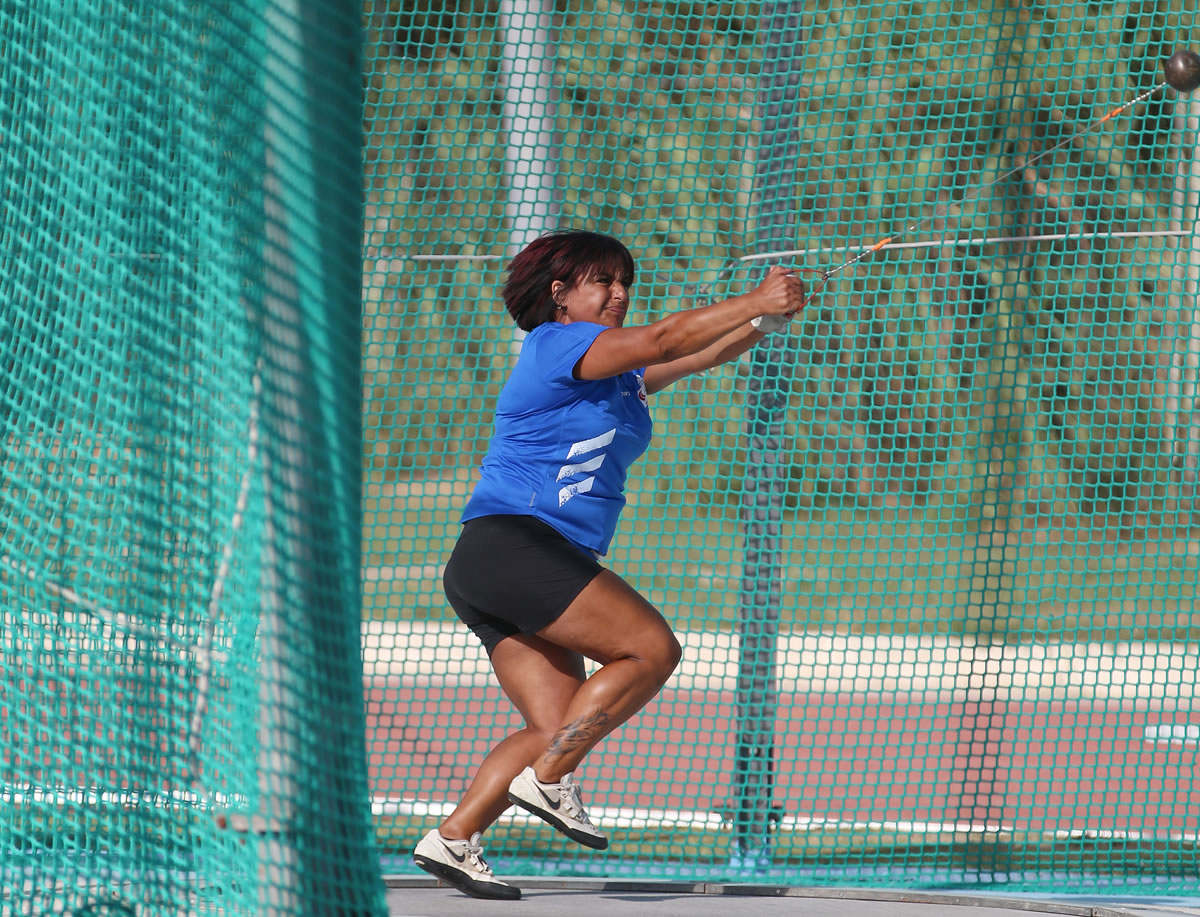 The Malta Amateur Athletic Association first event post Covid-19 kicked off in style with a number of impressive performances by local athletes who registered positive results despite rising temperatures as well as months without any formal competitive events.

This event was also the first in a new era for the Association following the election of a new President, Andy Grech, and a new committee. Held behind closed doors and in full respect of health protocols, a warm but breezy afternoon greeted the first athletes and officials to the return of competitive athletics, the first official event held in Malta following the previous restrictions.

It was a day to remember for seasoned hammer thrower Luca Martini (Rush AC) who broke Malta’s National Record with an impressive throw of 56.96m, improving the previous record set by Mario Mifsud, (Allcomers Aloysians) the current national holder with Martini, who finished second.

As in every local and international track competition, the highlight of the afternoon remains the 100 metres in which Luke Bezzina (St. Patricks) stormed back to winning ways, with a formidable time for the debut of the season 11.03 a whisker above the sub 11 mark which is the ambition of every local elite 100m sprinter. Ian Paul Grech (Pembroke Athleta) and Warren Zammit, (Rush AC) finished second and third, with 11.37 and 11.40 respectively.

The triple jump man also had its moment of glory thanks to Ian Paul Grech (Pembroke A.) who had his jump 15.01 short of four cms from the present National Record set by the present new MAAA President seven years ago during the GSSE in Luxembourg, where a leap of 15.05m earned him bronze.

MAAA President Andy Grech was ecstatic with the both the organisation of the event and results the athletes brought home. “Even though Athletes might not have been competing for the past 4 months, Results show that the athletes and their coaches never stopped working! They effectively managed to combine their creativity and dedication; and their results are testimony to that.”

The next Micro Event 2 is scheduled for next Saturday 4th July.

Claire Azzopardi managed the double thanks to the triple jump. The national record holder won the event with a jump of 12.34, another very impressive season opener.

Luke Farrugia (Rush AC) outdid by far Mario Mifsud in the Discus with a measurement of 50.17 against 38.21. Luke Farrugia, a NR holder in the event was few cms short of his NR.

The 400m race Men ended up as a solo run by Pembroke Athleta’s Christian Luke Chetcuti who finished in 51.72. Savio stalwart Matthew Croker 52.54 placed second ahead of the ever-improving Kirsten Micallef (Rush Ac) in 52.79

The 200m Men was won by the U18 Pembroke Athleta starlet Jeremy Zammit in 22.81 edging his club mate Christian Luke Chetcuti in 23.67 and the untiring Matthew Croker 23.84.

The Women’s 200m was a Pembroke Athleta sole affair dominating it by having the first 4 finishers on the lines. Janet Richard in 25.31, Sarah Busuttil in 25.63 and Sian Pledger in 25.97