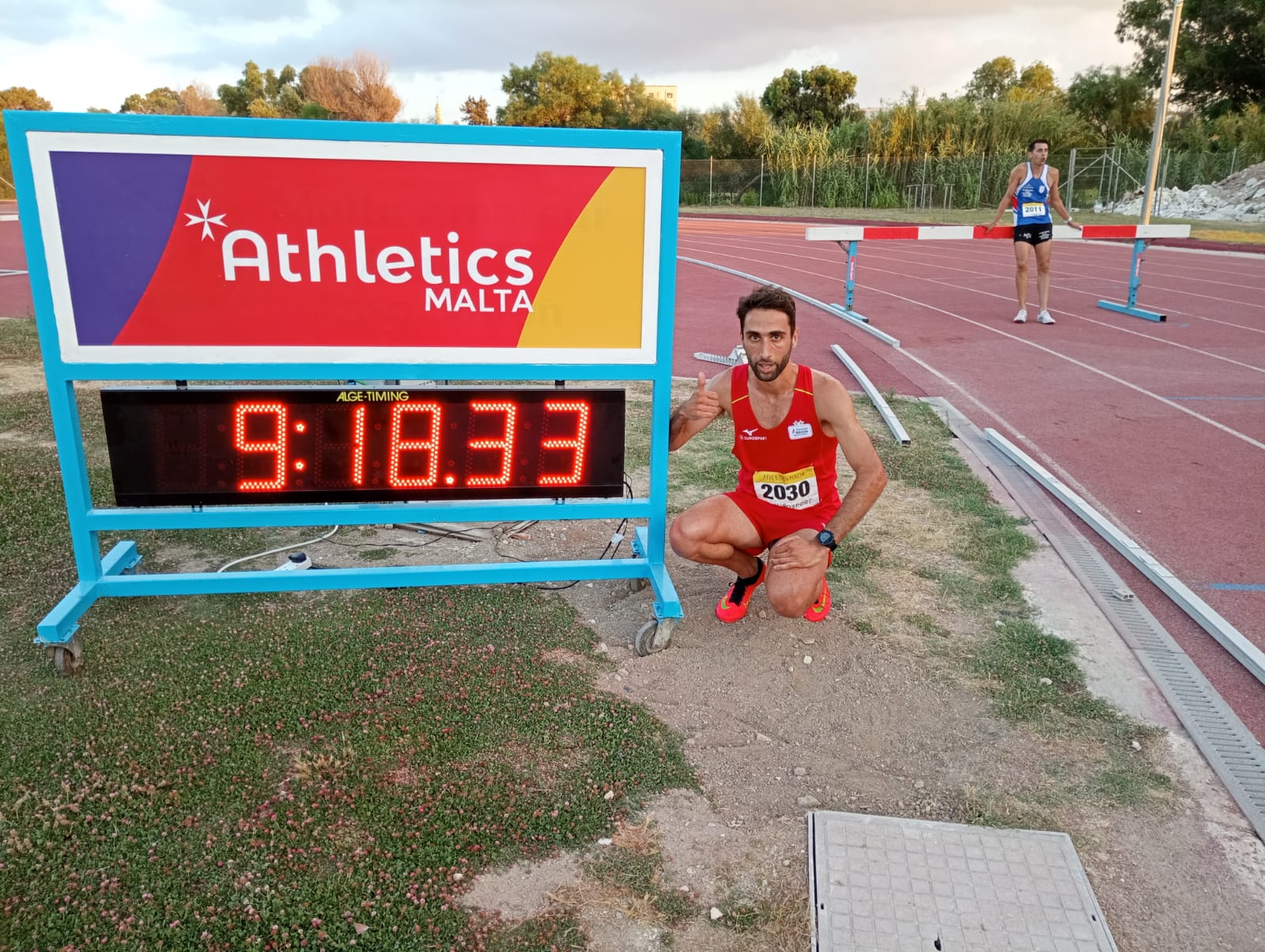 By Antonella ChouhalJuly 22, 2022No Comments

Pembroke’s Luke Micallef established a new national record in the 3000m steeplechase with a time 9:18.32, shattering his previous best of 9:24.89, which dated back to July 2018. This feat was even more remarkable considering that the athlete was running just a few days after a gruelling 18km European Off-Road Championship in El Paso Spain.

Micallef’s performance was one of many significant results registered during the National Championships held at the Matthew Micallef St John Stadium in Marsa over the course of the past few days, a major highlight for the local athletics scene.

Olympic athlete Carla Scicluna (Pembroke AC) confirmed her consistency on the sprint distances winning both 100m and 200m sprint races. While her dominance on the 100m was clear, with no other female athlete clocking below 12”, the 200m was a tight affair with Scicluna (24”30, a personal best) edging out Charlotte Wingfield (24”46), as the two athletes keep pushing each other in the quest for faster times. For the two women, these were among the fastest times recorded over the distance in the past five years by Maltese athletes. Scicluna and Wingfield (Pembroke AC) will be joining Janet Richard (Pembroke AC), who was clear winner in the 400m race (54”54) in the Commonwealth Games in Birmingham in three weeks’ time.

The closest affair of this year’s National Championships was certainly the 100m men’s race, decided by one hundredth of a second, as Beppe Grillo (Pembroke AC) emerged victorious with 10”73 ahead of Luke Bezzina’s (Pembroke AC) 10”74. Beppe Grillo also claimed the 200m race in a time of 21.87, ahead of young Matthew Galea Soler (La Salle AC) (22”39), fresh from his superb performance that earned him a place in the final at the European Under 18 Championships in Jerusalem.

Thrower Bradley Mifsud (Pembroke AC) also completed a National Championship double, achieving personal best enroute to winning the discus event with a throw of 51.56m, edging him closer to the national record of 51.92, belonging to Luke Farrugia (Rush AC) . Mifsud also won the shotput with a throw of 14.14m.

Mireya Cassar (Pembroke AC) was the athlete who went home with most accolades, winning three of four throwing events. She won the hammer, javelin and shotput competitions with a distance of 48.27m, 31.07m and 12.20m respectively. The two latter throws made sure that Cassar continued to engrave her name in the history books with age category records at both Under 20 and Under 23 levels.

In the longer races, Dillon Cassar (Mellieha AC), a few days after an exhausting half marathon at the Mediterranean Games in Algeria, competed in the 3000m, running the fastest time of the year over the distance and a new personal best of 8:29.36. A few days later Cassar took to the 5000m where he distanced himself comfortably from his opponents in a time of 14:54.

Sana Grillo (Pembroke AC) claimed the women’s pole vault win with a 3.30 jump, while Claire Azzopardi (Pembroke AC) battled tough wind conditions with a 5.89 long jump, before she heads out to the world championships in Oregon next week. The male event was won by Ian Paul Grech (Pembroke AC). Nathan Saliba (Pembroke AC) broke the U18 category record in the 400m hurdles with a time of 1:02.57.