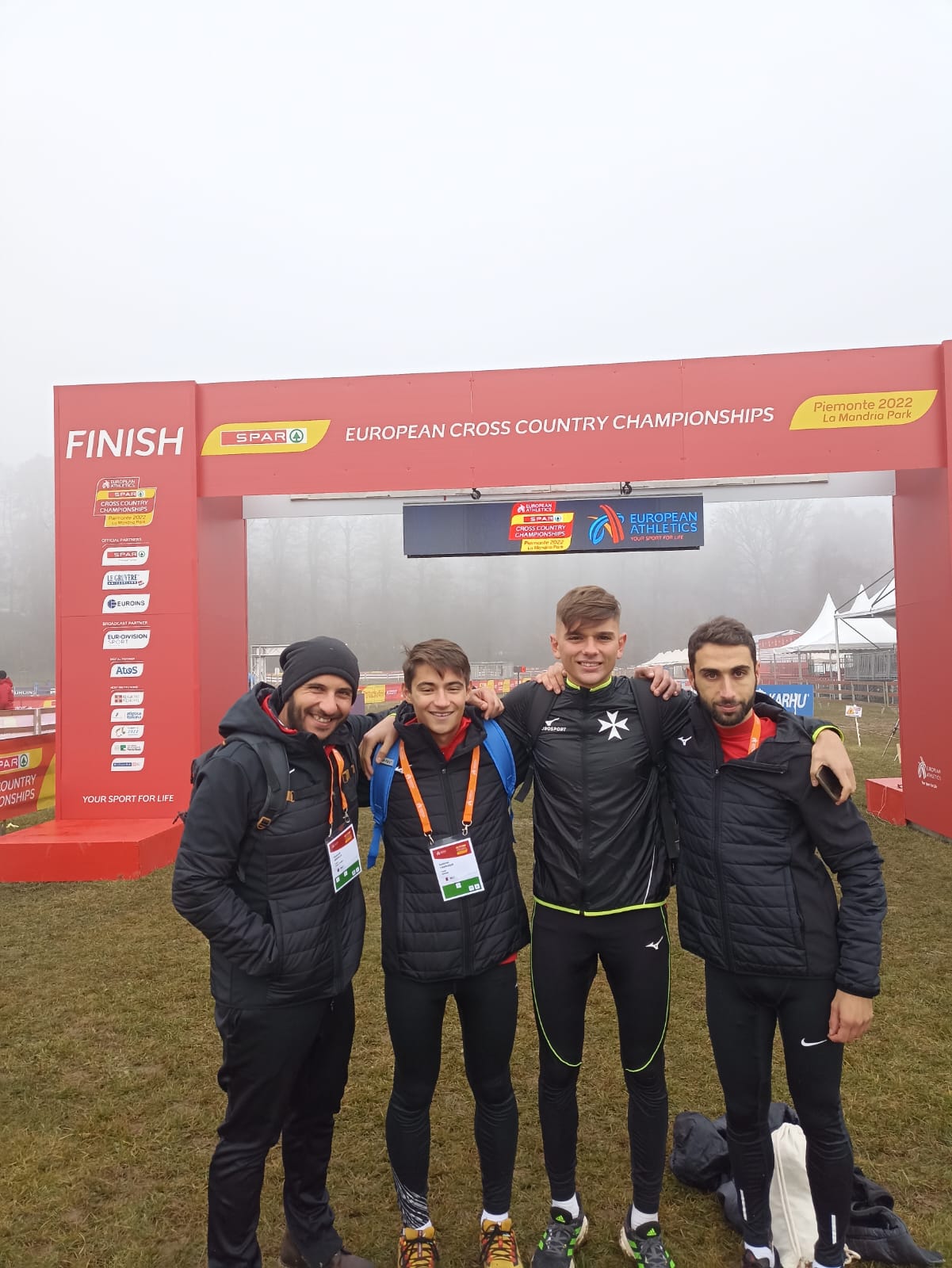 Maltese athletes registered a positive experience at the European Cross Country
Championships which took place in the beautiful surroundings of La Mandria Castle on the
outskirts of Turin, in Italy.
In this year’s competition, Luke Micallef continued to establish himself as one of the top
Maltese runners on the middle distance, completing the ardous and hilly route of 9,572m in
a time of 32 minutes and 58 seconds, the best ever registered by a Maltese athlete at these
European Championships.
Micallef’s timing earned him a place among the best 70 European athletes in a field
comprising some of the best names in international athletics. These include the Olympic
Champion, Norwegian Jakob Ingebritsen who won this event for sixth time, as well as Emile
Cairess, the current British cross-country champion, and Italian star Yemaneberhan Crippa.
In Piedmont, Gozitan athlete David Borg also had a strong performance, runnin for the first
time at this level on a a distance of 7,662 m, completing the hilly and slippery race in 28’32
in the Under 23 category, obtaining a respectable placing despite competing against
athletes two years his senior.
Youngster Gabriel Farrugia in the Under 20 category (5,722 metres) with a time of 19’54
finished ahead of established athletes from Spain, Switzerland, Croatia, Portugal, Denmark
among others.
The participation of the Maltese athletes was supported by the NDSF Funds, Sport Malta
and the Malta Olympic Committtee.