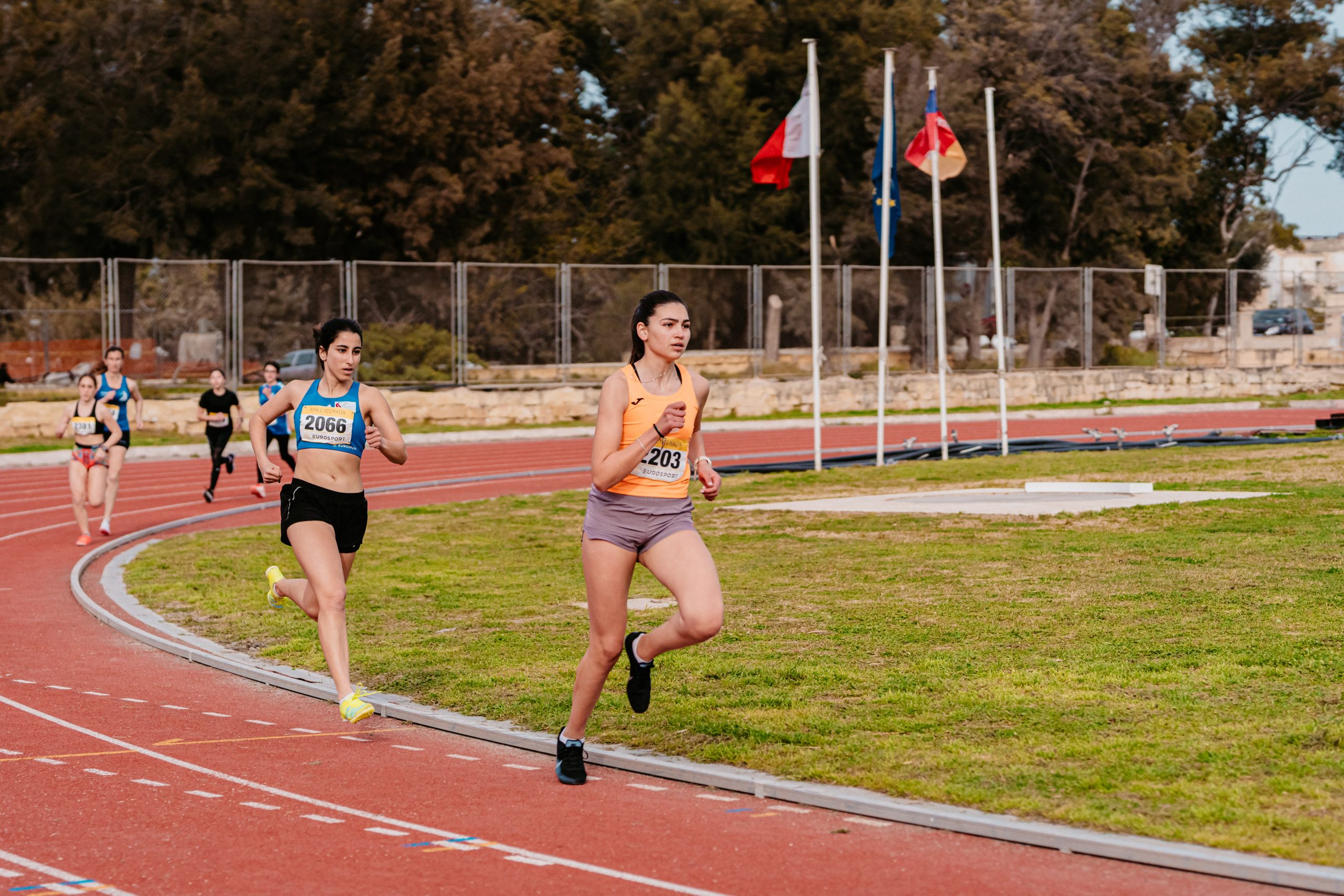 By Antonella ChouhalApril 12, 2022No Comments

While a number of recent high-profile international events confirmed Malta’s increasing exposure at higher competitive levels, local athletes continued to grind out positive displays and new records, with another encouraging turnout during the weekend’s Challenge Meeting held at the Marsa Track and hosted by Athletics Malta.

The event highlight was the impressive national record in the hammer throw, with Pembroke’s Mireya Cassar improving this milestone no less than three times with six throws. With her record standing at 52.50metres, she stands in visible distance to the crucial 58m threshold, which would open the doors to some of the most high-profile international events such as the Commonwealth games, Mediterranean Games and U20 World Championships.

While Cassar stole the scene with her new benchmark dominating the competition, among the men it was a pulsating sporting battle in the discusbetween Bradley Mifsud (Pembroke Athleta) and Luke Farrugia (Rush AC). Both athletes threw over the 50m barrier (51.08m and 50.65m  respectively). There was also a highly promising showing in the younger categories with Under 18 athlete Kareem Chouhal throwing 47.42m and Bianca Shoemake (Rush AC) throwing 41.86m. Veteran athlete Antonella Chouhal (Rush AC) bettered the Women Over 45 records in the discus and shotput events.

Pole vault athlete Nicolai Bonello (La Salle AC) braved the bothersome gusts of wind, to come a mere five cm short of his recently-establishednational Rrcord. This wasanother consistent result for the youngster, who for the next couple of weeks will be training with World re-known Pole Vault coach Vitaly Petrov.

In the horizontal jumps, Claire Azzopardi (Pembroke Athleta) jumped over 6m twice on the day (6.02 and 6.00), showing promise so early in the season. Longer jumps will surely come, with a possible personal best jump just a toe over the plasticine.

Matthew Galea Soler (La Salle AC) still aged 15 years of age and currently juggling his SEC examinations, continued to excel this season with a 400m time of 49.79s, a result means he is the first Maltese this year to qualify to the European U18 Championships to be held in Jerusalem, Israel.

Kay Testa (Pembroke Athleta) and Martha Spiteri (Zurrieq Wolves) produced some excellent results over the 400m very early in the season, running 58.68 and 59.28 respectively. The pair will join Janet Richard to assemble one of the fastest 4x400m relay team ever produced on local shores.

Over the middle distances Neil Brimmer (Zurrieq Wolves) broke his M35 record once again, running 2:01.49 on the 800m whilst Jean Paul Debono (Zurrieq Wolves) won the 1500m race with 3:58.32, another personal best for the athlete since his partnership with his new coach.

Michela Caruana crossed the line first in the 800m women’s race, with a time of 2:18.66 another personal best for the Under 18 athlete. This strong performance puts Caruana well on track to eventually better Marilyn Schembri’scategory record of 2:15.27, which resists since 2005.