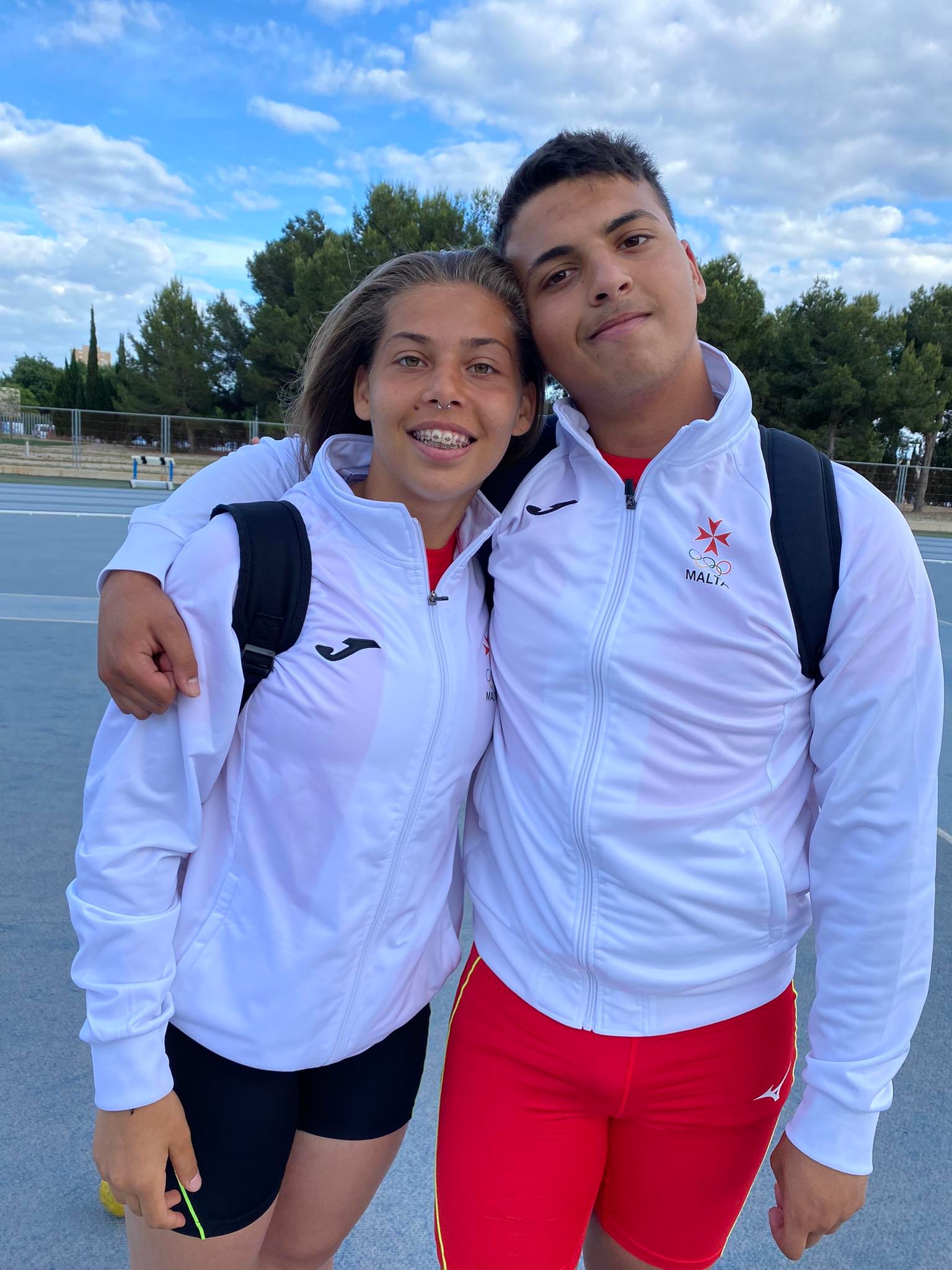 Brilliant week for Maltese athletics at Island Games in Mallorca

By Antonella ChouhalMay 29, 2022No Comments

Young Maltese athletes delivered on their potential with a number of fineperformances throughout this week during the 24th edition of the Island Games (COJI) being held in Mallorca.

The Jeux des îles (Island Games) is an annual multi-sport event for youth athletes from the 23 member countries of the association handling this multi-nation sporting event.

Sonique Gatt and Kareem Chouhal brought home the gold medal for Malta with impressive performances in the hammer and discus throw respectively, with the latter completing a personal best in the process. The young athlete managed a fantastic haul of three medals – one of each metal – securing silver in the shotput and bronze in the hammer. Sonique Gatt also secured silver in the discus throw.

Other remarkable performances included Shanesia Azzopardi’s fifth place in the 100m, with the athlete also reaching the final in the long jump placing seventh, one place ahead of Anthea Cassar. The latter also placed fifth in the triple jump final.

Mirae Micallef and Aidan Micallef both reached finals in their respective categories. The former finished sixth in the shotput while the latter achieved a couple of seventh places overall in both 100m and 200m. Paula Sammut Peresso finished 9th in the 100metres and 7th in the 200m. The Maltese youngesters got together for a strong fifth overall finish in the Swedish relay race.

The Maltese athletics delegation in Mallorca was accompanied by Athletics Malta officials Tony Fava and Antonella Chouhal. They described the performances of the Maltese youngsters, all aged 15 to 17, as encouraging, boding well for improved prospects of Maltese athletics for the near future.