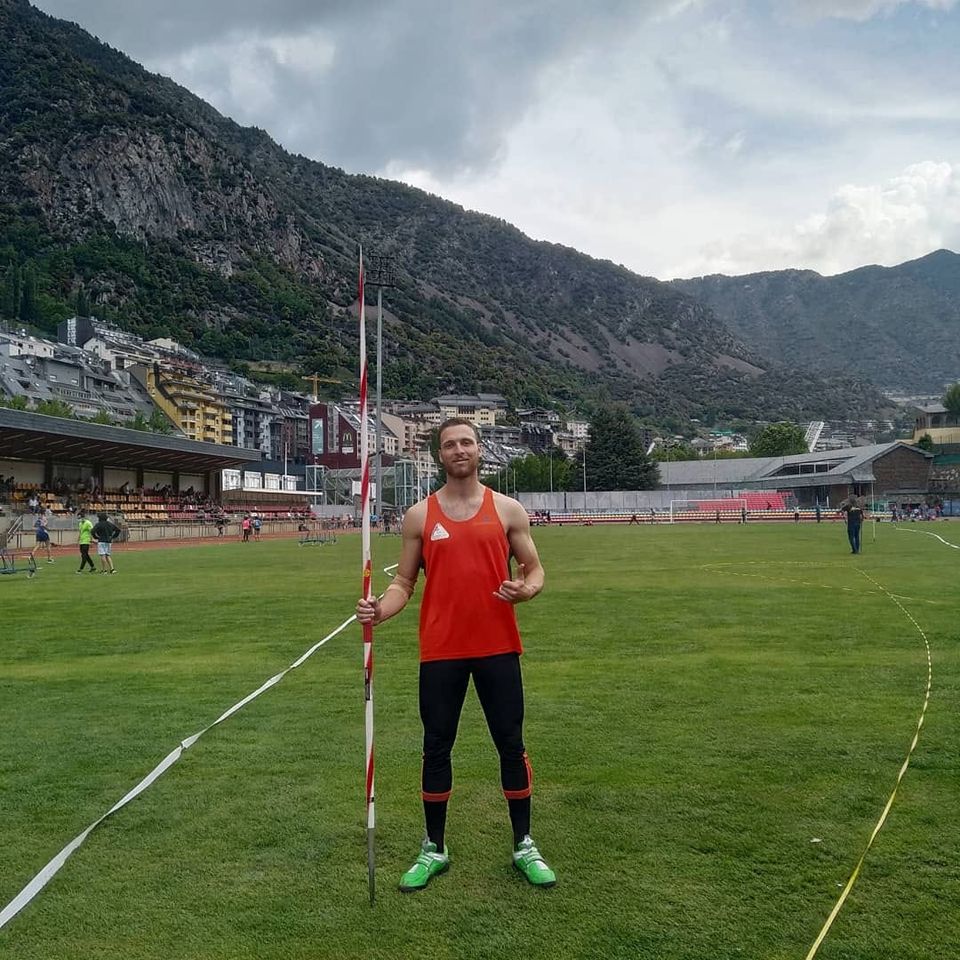 By Antonella ChouhalJune 2, 2021No Comments

Bradley Mifsud broke the National Record for the Javelin throw during the Andorran National Championships held this weekend. Mifsud, who hails from Pembroke Athleta, had recently returned from an 18-month sporting sabbatical, registered a throw of 66.47m to put his name in the history books of Maltese athletics.

Some 32 athletes took part as guests in these Championships held at Andorra La Vella, competing against strong opposition at some 1,100m elevation, with two other athletes putting their name in the age category record books. Such an event provided the Maltese athletes with another important test in view of upcoming international commitments.

Rachela Pace (Pembroke) achieved a National Record in the Under 20 category in the Triple Jump with 12.23m and Antonella Chouhal (Rush) who established a new Over 45 record in the hammer throw.

Among the other notable performances, Claire Azzopardi (Pembroke) jumped 12.62m in the triple with a seasonal best and winning the event, while Ian Grech registered 14.60m in his first jump this season.Graham Pellegrini (Pembroke) won the 200m overall with a new personal best of 22.29 and another personal best over the 400m with 49.18s, a time which puts the athlete at just 0.02 away from the 2008 Under/18 national record.

Janet Richard (Pembroke) won the 400m in a time of 46.00s as she continues on her road to prepare for the Olympic Games. The athlete has just completed a three-week training camp in Potenza, Italy.

Daniel Saliba (Pembroke), powered through poor weather conditions ran another consistent run of 15.25, came second in the 110m hurdles event.Sarah Busuttil (Pembroke) finished second in the 100m (12.18) with a season best time and also won the 200m in 25.32s. Luke Bezzina (Pembroke) dipped under the 11 second mark with a time of 10.91, finishing second overall over the 100m distance. 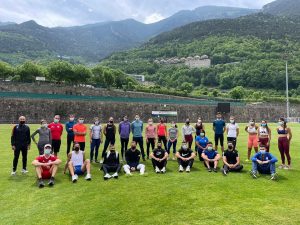 Head of delegation Duncan Abdilla, who led the team said: “It has been an amazing experience to watch first-hand our nation team perform at this level. I am m very happy for the results achieved, including national records, seasonal and personal bests and a new age group benchmark. These results augur well for the upcoming international commitments of our National team”.

The Maltese National Team, consisting of 17 athletes, will be travelling to San Marino this weekend for the Athletics Championships of the Small States of Europe.