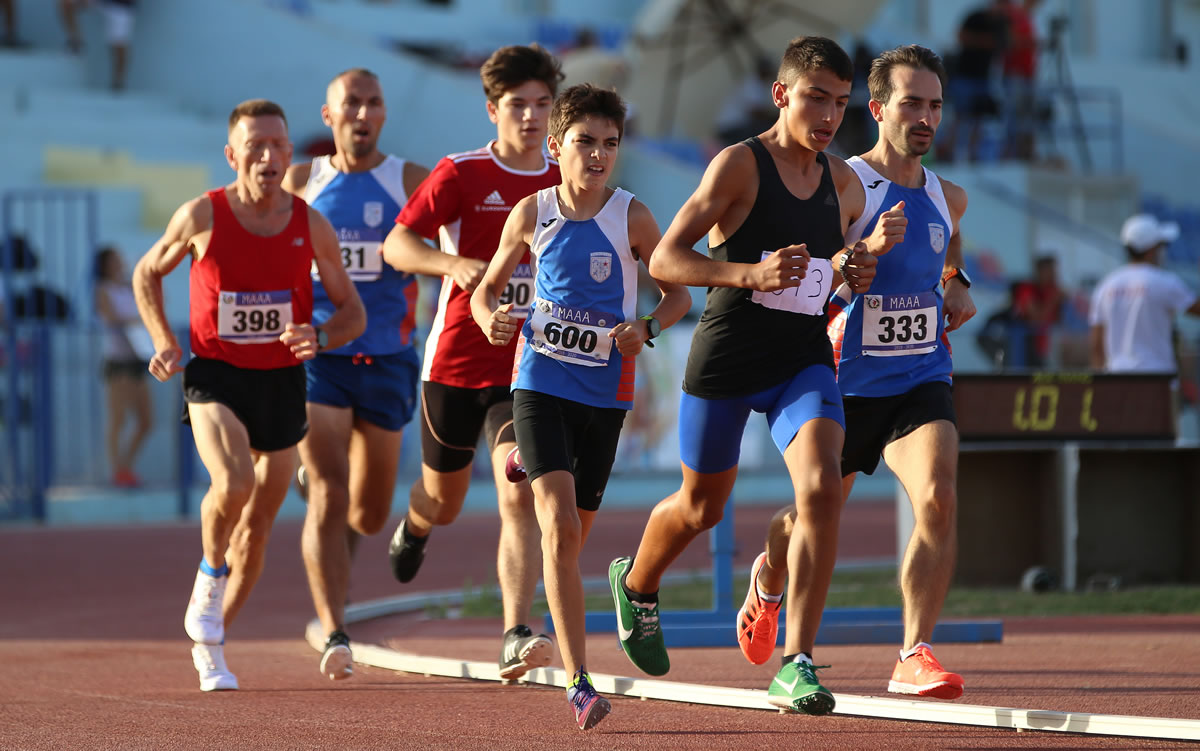 Despite the early August heat, Malta’s top and emerging athletes produced a string of admirable performances during the National Youth Athletics Championships as well as the Seniors Open Challenge organized by the Malta Amateur Athletics Association this weekend.

No less than seven records were broken throughout two event-packed afternoons at the Matthew Micallef St John track in Marsa, with no less than 245 athletes in total participating over the weekend, covering some 46 events.

The National Records broken throughout these events were as follows:

Julian Zarb (La Salle) produced a stellar performance by completing the 1500m steeple chase in 4.58.6, while Pembroke’s Daniel Saliba improved his national record in the Open Category 110m hurdle race, for the second time this year with a strong 15.34s finish time.

Sarah Chouhal (Rush Athletics Club), clocked 1.06.90 on her first time in the 400 metres hurdles, establishing a new national record for both Under 18 and Under 20 age groups.

Besides these four records, three athletes achieved a Championship record in their respective age category, these being Luca Gerada (Starmax – U14) with a throw 27.35m in the javelin, Miguel Buttigieg (La Salle Athletics Club  –  U16) with a throw of 38.62min the discus and Mireya Bugeja (Zurrieq Wolves – U14) who clocked 1.40.53 in the 600 m.

The winner of the 400m was Under 20 athlete Luca Farrugia (Rush AC) who subbed the golden 50 seconds for the first time. His time of 49.83s was a personal best and the 3rd best all-time ever recorded in his age category.

Many personal bests were broken during the mixed 5000m race, despite the sweltering heat. The race was won by U20 athlete David Borg hailing from Athletix Gozo in a time of 16.43. Lisa Marie Bezzina from Pembroke Athleta was the first female finisher with 17.02 pipping training partner Joelle Cortis 17.04 (St. Patricks), the pair securing unofficial personal bests.

Commenting at the end of this long series of events, MAAA President Andy Grech said: “Although the MAAA had one of the toughest weeks possible in the buildup to this event, we could not have imagined the pride we felt, watching our younger generation fight to the finish and enjoy themselves. The amount of work we put in was absolutely worth it. These results give us more energy and will to continue our commitment towards the development of this sport on our island”.

The full list of winners in the National Youth Championships is available below.