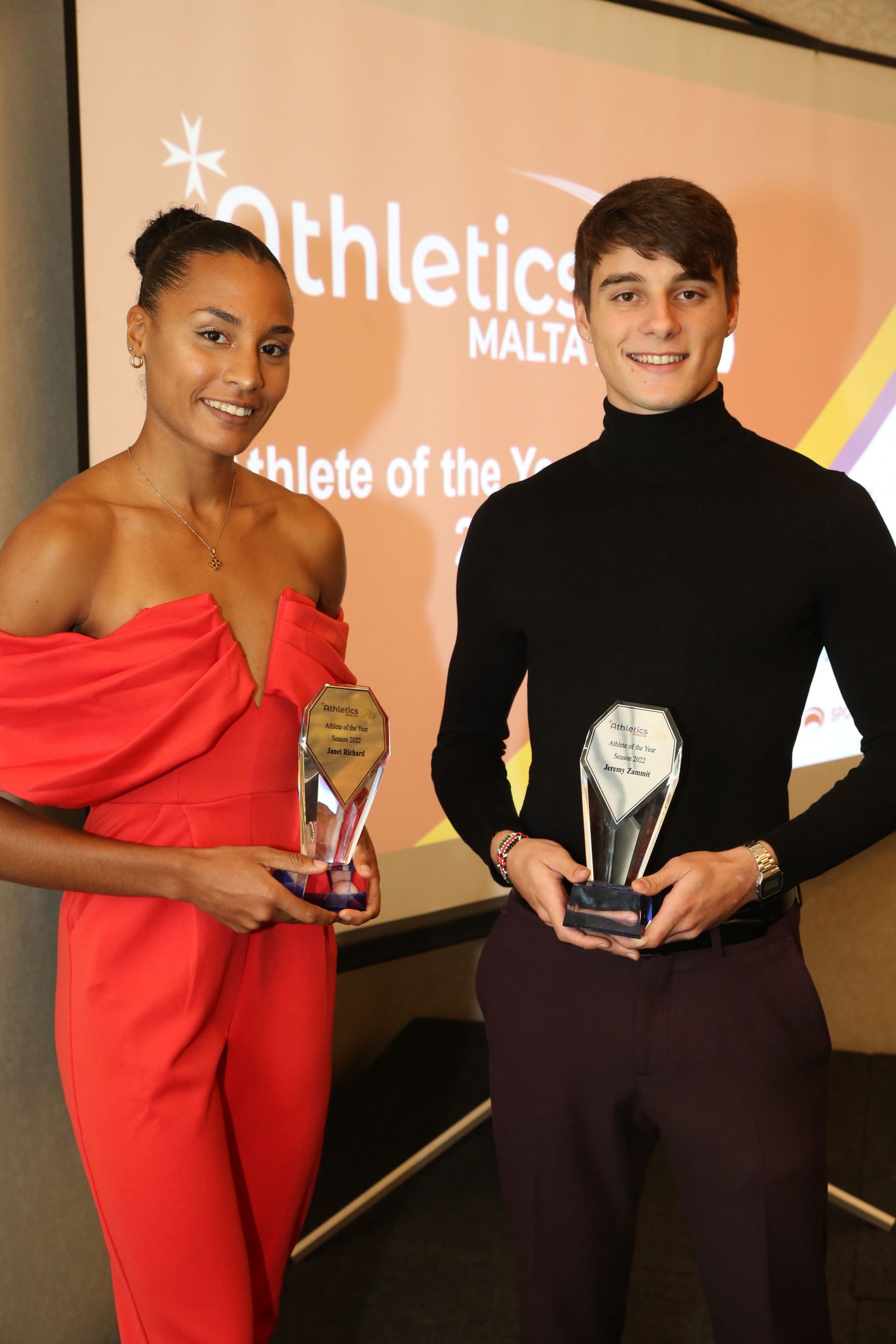 Janet Richard and Jeremy Zammit were honoured as athletes of the year following a string
of top-level performances throughout the past months. They received the Association’s top
accolade during an award ceremony held on Sunday. For this season, Athletics Malta
introduced a new system, awarding athletes on the basis of their preferred event, resulting
in more athletes being honoured in their respective categories.

Long-jumper Zammit, of local club Pembroke Athleta, started off the year with an
outstanding achievement in this field event, breaking the 17-year-old national record by
jumping 7.73m. This fantastic result followed-up his achievements during the previous year,
where he had become the first Maltese athlete in his age category to reach the final of both
the World and European Under 20 Championships.

Based on these impressive results and his world and European ranking, Zammit has earned
a four-year athletic scholarship at the D1 University at Auburn, in the USA, where he will
also continue with his studies.

Pembroke’s Janet Richard retained the crown for the second successive season highlighted
with a stunning new national record on the 400m, becoming the first Maltese woman to
break the 54-second barrier. Competing at the European Championships in Munich,
Germany, Richard completed the lap around the track in 53.49s. She was also part of
another national record, this time with the 4x100m, clocking a time of 45.59 at last
Summer’s Commonwealth Games in Birmingham.

The young athlete also claimed two gold medals for Malta at the Championship for Small
States of Europe held on our shores, winning the 400m race and being part of the victorious
women’s swedish relay team.

Athletics Malta also awarded the best athletes for their respective age categories (below).
The winners include Claire Azzopardi (Pembroke Athleta) winner of the gold medal at CSSE
2022 in the long jump and Swedish relay, and Beppe Grillo (Pembroke Athleta), winner of
the silver medal in the 100m and swedish relay respectively.